Fenerbahce has scored the second win at championship tournament in Izmir, after beating Galatasaray in four sets 3-1! 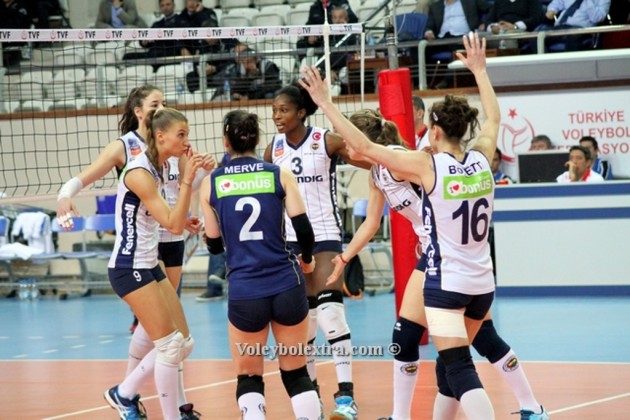 Galatasaray was practically absent until the third set, when they started playing much better. They decreased the result in sets, and in the fourth part of the game they were close to tie in sets but Yellow angels didn’s allow that!

Floortje Meijners was the top scorer in Galatasaray‘s jersey with 21 points, while Montano scored 20 on the other side.

Recall that match was delayed following the incindents made by fans of both teams.

PHOTO OF THE DAY: Selfie of Eczacibasi’s...