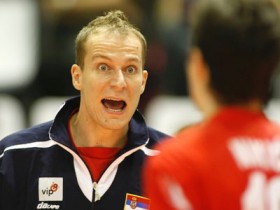 Serbian middle blocker Novica Bjelica, who played in Italy for Treviso and M.Roma, will most likely become a new Fenerbahce Istanbul player. His main role will be in the Champions League but also in the games where three foreign players are allowed to play.

In the Turkish championship the following rules are in place: two foreign players are always allowed to play, but when teams which participate in the European Cups play against each other, three foreign players can play. These rules are for the league part of the season, for the playoff the rules are still to be made.

RUS W: Ulanova will play at the Olympics

Kosheleva is grateful to everyone for support