TUR M: CONFIRMED – Bartman will play for Galatasaray in 2016/17 season!

No, it is not a rumor anymore. Galatasaray confirmed the arrival of Zbigniew Bartman! 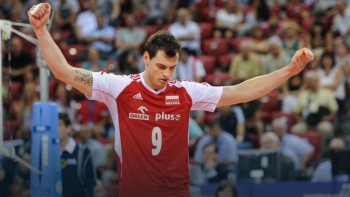 Turkish powerhouse officially announced this transfer on its official website. Bartman will therefore return to Turkey where he played for HalkBank in 2007/08 season.

During his volleyball career this 29-year old Polish player was part of many world-class teams such as Asseco Resovia and Modena for example, while his previous season was pretty interesting as he changed 3 clubs.

Bartman started the 2015/16 campaign in Sichuan, China. After the end of the Chinese Championship he moved to France where he joined Poitiers, while then he went to Qatar to play couple of games for Al-Rayyan.

In the 2016/17 season we will watch him in Galatasaray jersey.