Chinese star Zhu Ting is just too perfect. She is the only player in the history of the FIVB Club World Championship to have been top scorer twice. 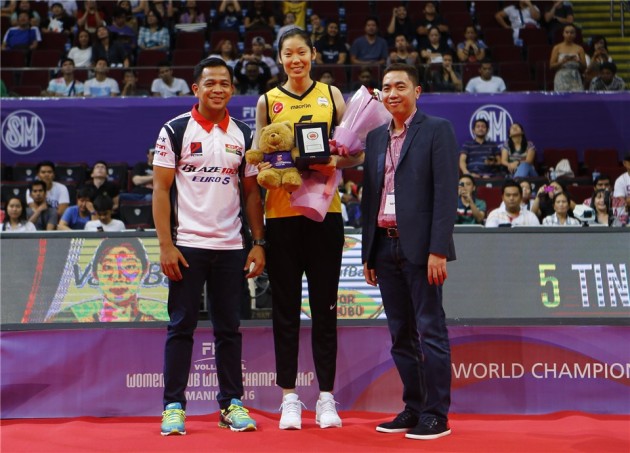 For the second time in the history of the FIVB Volleyball Women’s Club World Championship (since the introduction of the rally scoring system) China’s Zhu Ting has emerged top scorer, bagging 103 points in the 2016 edition for Turkey’s VakifBank Istanbul.

Zhu, who was recently top scorer at the Rio 2016 Olympic Games (in addition to being named MVP and leading China to gold) had 77 kills 19 blocks and 7 aces as she contributed to VakifBank’s claiming the bronze medal in Manila.

Her 103 points total is a new all-time high, though teams until this year had a maximum of four matches, compared to five at the Manila tournament.

The 21-year-old outside hitter was also top scorer in 2013 in Zurich, playing for her native China’s Guangdong Evergrande Guangzhou, who were bronze medallists in that competition.

There are only four players in the history of the competition who have scored 30 points or more in a single match:

THIS IS WHY SKRA SIGNED HIM: Brutal spike by Bartosz Kurek (VIDEO)