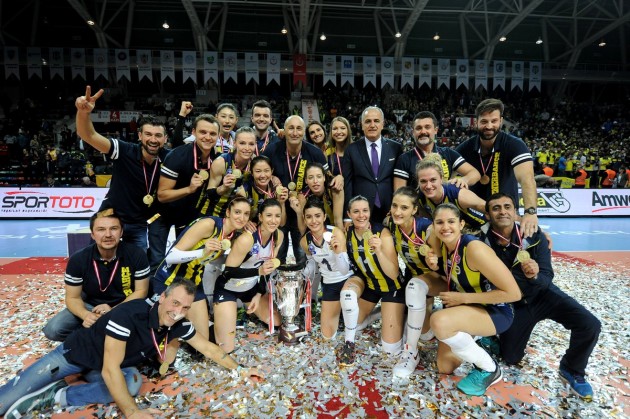 ’Yellow Angles’ wiped the floor with national champions VakıfBank İstanbul (and currently unbeaten team in the league) in the final of 17th edition of the Turkish Cup 3-0 (25-22, 25-15, 25-19) to defend the trophy from 2015 (tournament was not held last year).

Fenerbahçe captain Eda Erdem was awarded Most Valuable Player of the Cup tournament.

Both Fenerbahçe and VakıfBank are title contenders in the national championship.

CL M: Modena were in trouble against Craiova but Ngapeth opened a lock of Romanian side (VIDEO)

TUR M: The reigning champions are down...