CL M: Modena were in trouble against Craiova but Ngapeth opened a lock of Romanian side (VIDEO) 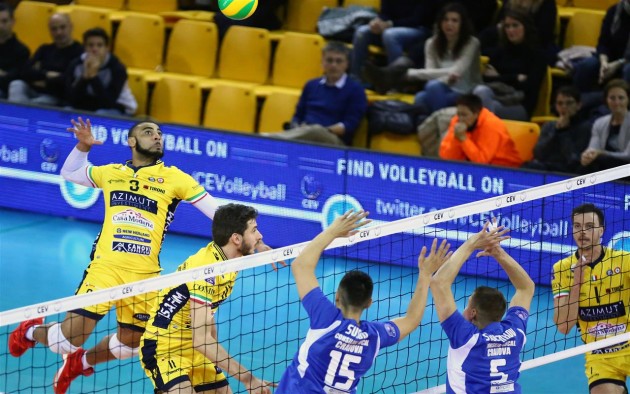 Round 3 match against Craiova was more complicated than Modena players and staff expected. It took them two sets to get into the game against Pool D underdogs who furiously began the clash in “PalaPanini”.

Modena coach Roberto Piazza was forced to send the captain, Serbian Nemanja Petrić, to the court in the third set instead of American Brian Cook in order to change the course of the game. And it worked. Modena gained stability both in reception and attack.

The Frenchman Earvin Ngapeth highlighted Modena with 23 points (4 aces) while Luca Vettori added 17 points. Laurențiu Lică scored 16 points for Craiova, specifically causing a headache to the hosts in the first set, won by his team.

Tijana Boskovic is the best player of...