TUR W: What a comeback! Fenerbahce returned from 10:14 in the golden set and beat Eczacibasi!

Fenerbahce will play in the 2016/17 Turkish Championship Finals as they performed a miraculous comeback in the rematch against Eczacibasi VitrA! 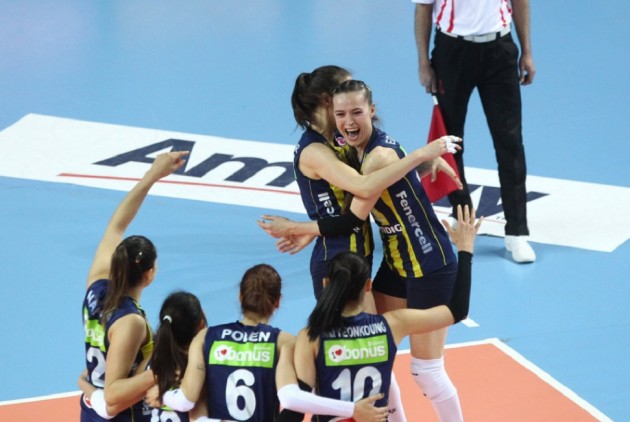 This is happening probably once in a lifetime! Fenerbahce pulled off one of the biggest comebacks in their history as they managed to beat Eczacibasi VitrA and win a ticket for the 2016/17 Turkish Championship Finals!

The Yellow Angels lost the 1st leg by 3-0, so they were in a tough position before the rematch. Their situation became even worse for them after losing the opening set of the rematch, but Fenerbahce somehow managed to win the following three sets and to take this game into the golden set.

And then something simply unbelievable happened.

Eczacibasi VitrA were up by 13:8 and 14:10 in the golden set and the Orange crew were ready to start the big celebration. But, Fenerbahce won the next 6 points and therefore won the golden set by 16:14!

Of course, Kim Yeon-Koung was in the spotlight once again, as she won the last two points for Fenerbahce in this game.

Therefore, we will have the biggest derby of Turkey in the 2016/17 Finals – Fenerbahce vs. Galatasaray!

POL M: Zaksa can start preparing tactics for the finals!