Belgium’s Noliko MAASEIK edged the hosts of Arkas IZMIR with the score of 3:1 in the prelims of the 2013 CEV Volleyball Champions League – Men. Cameroonian Nathan Wounembaina scored 20 points all alone. 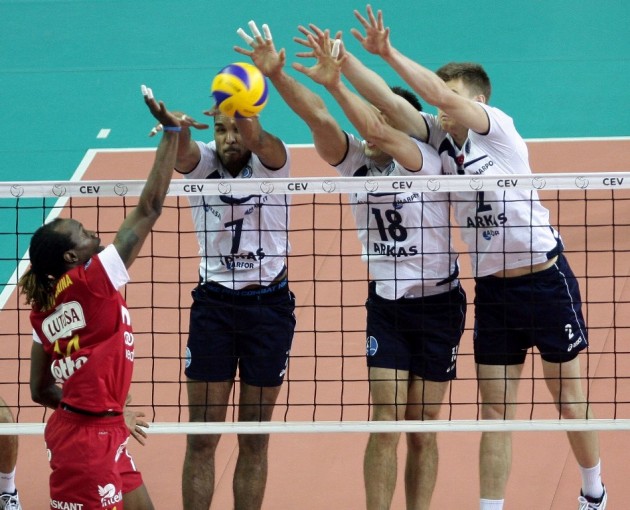 The guests from Belgium caught a good start going up 8:6 and 16:14 in the first set but the home side was able to step up the quality of its play, eventually flipping the charts around at 21:20 and performing strong down the final stretch for the provisional 1:0 (25-22).

Noliko opened set 2 with a terrific 8:2 run and easily cruised to the final 25-16 after enjoying a margin of ten by the second mandatory stop. Arkas IZMIR dictated the pace for most of the time in set three (8:2, 16:13, 21:18) but eventually could not capitalize on four set balls, so Noliko fought back to 24 all and completed its comeback at 27-25. After this splendid final rush, MAASEIK kept momentum also in set 4 (8:7, 16:12) and with a great performance by

Cameroonian Nathan Wounembaina who scored 20 points all alone could celebrate a well-deserved 3:1 away win. The young guys of Noliko received a warm applause by the fans of Arkas for their splendid performance at the end of the game.

CL M: ACH Volley seeks its chance in the matches against Euphony ASSE-LENNIK