İnegöl Belediyesi and Maliye Piyango made a surprising advancement to the semifinals of the Turkish Men’s Volleyball Cup whose closing rounds are played in the city of Şanlıurfa. 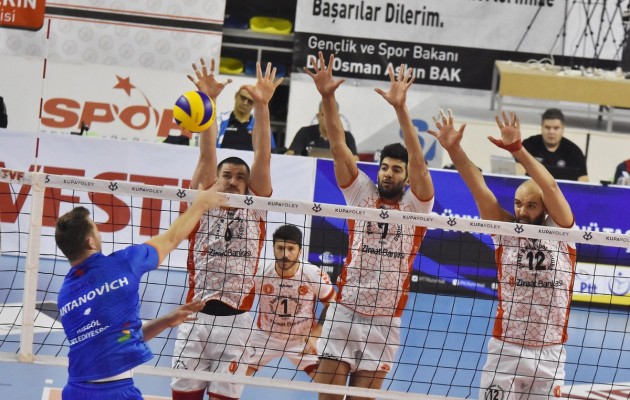 Thanks to 20 points from the Dutch Niels Klapwijk, İnegöl surpassed national championship leaders Ziraat Bankası in the Cup quarterfinals, becoming only the second team to inflict a defeat to Ziraat this season including all domestic and international competitions – 3-1 (16-25, 25-22, 25-22, 25-21).

Led by Estonian Oliver Venno and Halil Ibrahim Yücel, who poured in 18 points apiece, Maliye Piyango kicked off Arkas Spor, who were among the favorites to win the Cup, from the tournament – 3-1.

Unlike Ziraat and Arkas, Halkbank did not disappoint their fans as they swept Galatasaray HDI Sigorta with 21 points from Burutay Subaşı.

TUR W: Without problems for Fener and...