TUR M: Arkas record 20 kill blocks as a team vs. Galatasaray in Game 2 to advance to finals

For the second year in a row, Arkas Spor will contest in the Turkish men’s volleyball championship Efeler Ligi playoff finals. 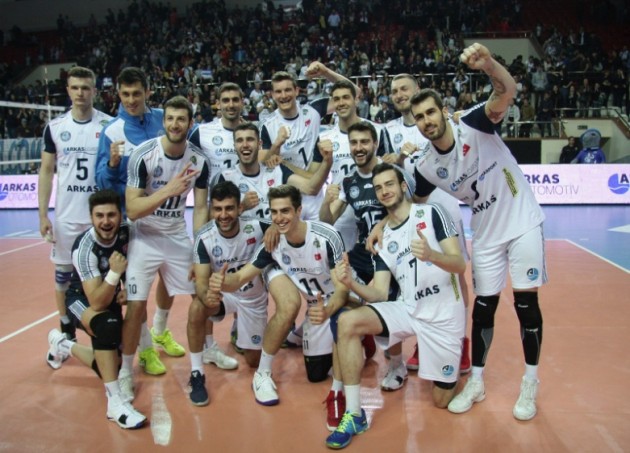 Once again, the youngster Adis Lagumdžija topped Arkas. He scored 21 points in Game 2 (3 aces, 2 kill blocks). Speaking of kill blocks, Arkas recorded 20 as a team! Mustafa Koç stood out with 7 kill blocks. He added 75% attack (9/12, blocked once). The German Christian Fromm made 75% reception (12 digs, 75% perfect). It is noteworthy that Arkas played the entire series without their best scorer in the regular season, The Cuban Michael Sánchez Bozhulev, who performed as a backup.

No.1 Halkbank and No.5 İstanbul BBSK will play Game 2 tomorrow, on March 25. Halkbank lead by a 1-0 in the series.