For those fans who thought that Stanley Clayton had retired, we have good news – the FIVB Hero, who got married on Sunday in Hawaii to his fiancee Kristin Jackson, has simply taken a break from volleyball. He wants to play in Olympic Games in Rio de Janeiro. 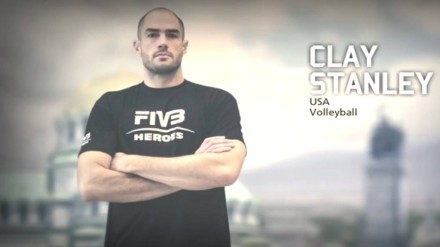 The opposite has no plans to stop playing, at least not for the next few years! Although nothing has been decided yet, he hopes to make a return to the national team after his absence in the 2013 World League.

The 35-year-old Beijing Olympics gold medalist doesn’t want the Olympic Games in London to be his last. Clayton hopes he will stay in good health in order to be able to go with team USA to Rio de Janeiro and repeat the success from Beijing 2008.