Wisconsin and Penn State will play in the big finals of NCAA women volleyball tournament this year. 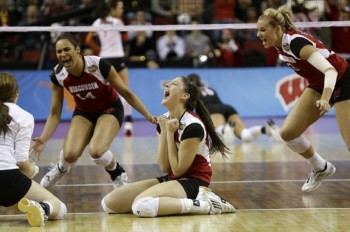 In the other semis, five-time champion Penn State defeated Washington 3-0 (25-14, 25-13, 25-16), therefore ending Huskies hopes of winning national title at home. The big finals is scheduled for the night between Saturday and Sunday by CET.