Final tournament of Brazilian Cup, both in men and women categories, will be held in Maringa. 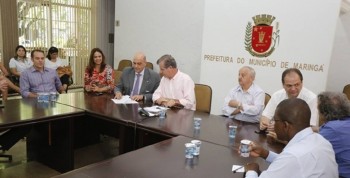 Brazilian Cup is scheduled for January 2014, and will be organized after six years of pause.

In women’s category following eight teams will fight for the trophy:  Unilever, Molico / Nestlé, Volleyball Amil, SESI, Banana Boat / Praia Clube, Pine, Minas Tenis Clube and South River / Equibrasil. Also, system of competition has been changed for the women’s tournament, so there will be no two Pools, but knockout phase from the beginning, like in men’s tournament.