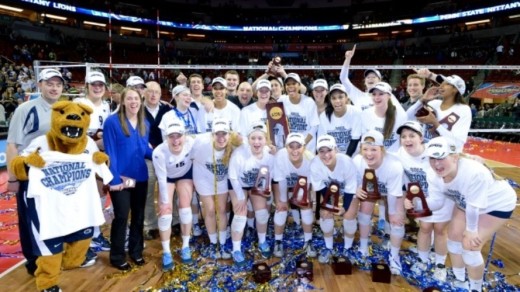 It was Penn State’s fifth volleyball championship in the past seven seasons, and sixth overall, tying Stanford for the highest total in NCAA women’s Division I volleyball history.

The attack from the left came from Penn State setter Micha Hancock, voted the most outstanding player of the championships. Hancock’s blistering serve—delivered with her left arm—offered the razor-thin difference throughout the match and—in particular—the deciding fourth set.

“She’s one of the elites,” Wisconsin coach Kelly Sheffield said. “We had no offense at all when she was serving.”