Former USA captain and Olympic gold medalist Tom Hoff looks back on the Grand Champions Cup, World League and World Grand Prix and points to the exciting competition between the top two men's teams in the world - Brazil and Russia in his last blog of the year for www.fivb.org. 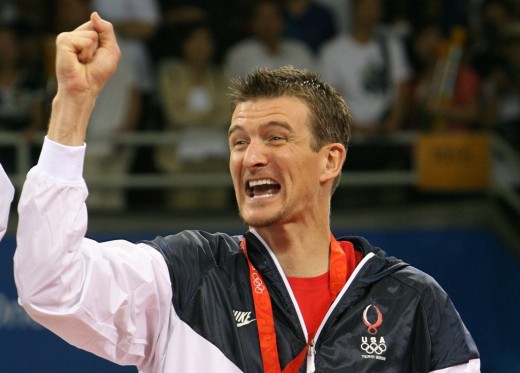 “I watched the World Grand Champions Cup as a new starting point from which to look at the teams and two teams stood out at the head of the pack – Russia and Brazil. “

“Even through Brazil were successful in the men’s competition of the World Grand Champions Cup, Russia have an incredible advantage in the future because of their young, physically strong players that they have on their team who already seem to have gained a lot of confidence and experience“.

“They could be the juggernaut team for the next few years, though Brazil possess the ability to be a real competitor for the Russians. “

“There are a couple of other teams that stand out; Italy have been making strides to once again become a serious contender on the international stage, while closer to home we have seen a nice transformation in the USA men’s team that has been going on for a number of years now. “

“The team is on the right path, but unfortunately it takes time to see results. They need a lot of energy and focus to see results on the world stage“

“Another fantastic surprise is how well Iran performed. They were fantastic and I watched some of their matches at home. They are a really big and powerful team and have a lot of control. Their coach Julio Velasco also has a ton of experience.“

“It’s amazing that they are now newcomers on the stage and it’s a great thing now for the sport of volleyball. “

“In the women’s game I think the USA’s men’s team would love to have the depth and breadth of young talented players that the women have and they’re poised to continue their success.“

“Coach Karch Kiraly and all the players have their eye on the Olympic gold medal but this last step has been a bit elusive, with Brazil denying for the last two editions. They have this tremendous pool of players and this creates a healthy competitive environment for the coach to take them to the next level, so long as they can get past Brazil.”

He has competed on the last three Olympic teams and more recently he was part of the USA coaching staff at the 2010 FIVB Volleyball Men’s World Championship in Italy. He is currently retired from Volleyball and working for Predixion Software in addition to enjoying his post-volleyball time with his five daughters in Laguna Niguel, CA.