USA big guns to warm up in Puerto Rican League

Destinee Hooker and Nicole Fawcett, two big offensive weapons of the USA Women’s National Team, have started their preparation for the upcoming NORCECA World Championship Qualifiers as both will be warming up playing in the final stretch of the Puerto Rican Superior League. 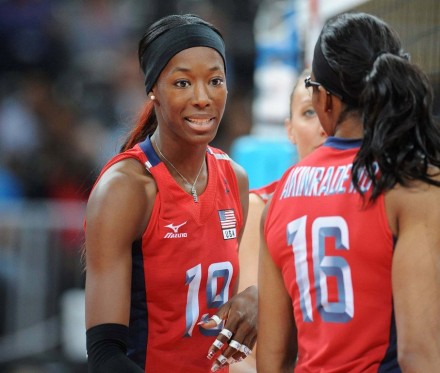 USA hosts Panama, Guatemala and Honduras in Colorado Springs from May 13-18 with the winners receiving a ticket to the 2014 FIVB World Championship in Italy.

Hooker and Fawcett are scheduled to debut with the sides of Caguas and Ponce, respectively, during the weekend. The two teams currently share the top place of the standings with the regular series concluding on April 6.

The Puerto Rican League is not strange for the two veterans of the London Olympic Games where they helped USA to claim the silver medal. Hooker played for the champions Corozal in 2010 en route to the Most Valuable Player honors while Fawcett participated with Carolina in 2009 and Toa Baja in 2011.

Hooker, the best spiker in the London Games and MVP of the 2011 FIVB World Grand Prix, is returning to court action following a sabbatical year due to maternity. The high leaping athlete arrived in the island on Thursday and watched her team winning over Juncos in four sets last night.

Fawcett just finished playing for the Hyundai Expressway of the Korean V League. Last year, in her first stint with the Korean side, Fawcett scored 55 points to set what was then a single match world-record already broken by Bulgarian Elitsa Vasileva who had a 57-point game for the Hungkuk Pink Spiders last December.