The USA Women’s National Volleyball Team earned two huge, confidence-building wins over Brazil in the opening two matches of the USA Volleyball Cup, but they are fully aware the two-time defending champions will come out strong in the final two matches in Honolulu on July 11-12. 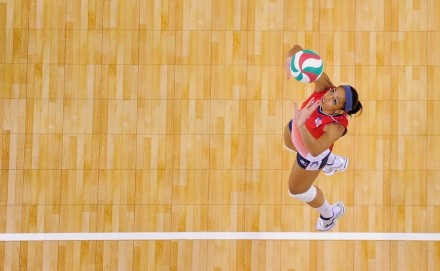 Despite the two early victories, USA’s head coach Karch Kiraly said his team’s focus will not change with the change in venue locations.

“We are not going to change our mindset for the matches in Hawaii,” Kiraly said. “We are going to go out hard. We know Brazil is disappointed in itself and their performance because its staff has told us.”

The two matches will take place at the Stan Sheriff Center on the University of Hawaii campus with 7 p.m. HT match starts.

“These matches are going to be epic,” continued Kiraly.“And we’re bringing them to epic volleyball country – we are honored to bring this special rivalry edition of the USA Volleyball Cup to of one of the most fervent, knowledgeable volleyball audiences in the country: Honolulu, where volleyball is part of the fabric of life. We’d love your support Hawaii – we need you pulling for us and making us better.”

“I know (Brazil) is going to come out strong against us on Friday. They definitely don’t want to lose 3-0 to any team in the world. They certainly don’t want that to happen against the U.S. again this year.”

Team USA won six of seven sets against the Brazilians, but  Kiraly would like more than anything to have his team play under stressful conditions.

“I hope Brazil comes out really strong,” Karch said. “I want the outcome to be in doubt, seriously in doubt. That is the best way we are going to get better when both teams are battling hard and nobody has an idea who is going to win.”