USA Volleyball athlete Sean Rooney was inducted into the Pepperdine University Athletics Hall of Fame on Sunday at a ceremony held in the Firestone Fieldhouse located on the Malibu. 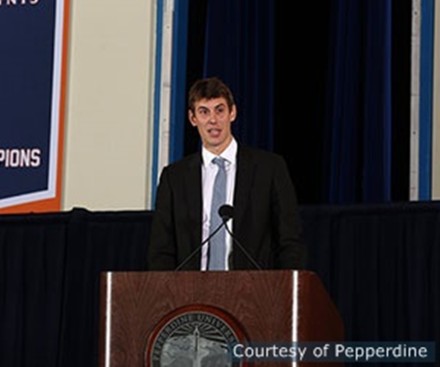 Rooney joined the U.S. Men’s National Team in 2007 and is a two-time Olympian who won a gold medal at the 2008 Summer Olympics in Beijing. He served as captain of the U.S. Men’s team that won gold at the 2014 FIVB World League Championship. In his seven years on the team, Rooney has earned a total of 12 medals (seven gold, four silver, one bronze).

Rooney played four season (2002-05) as an outside hitter for Pepperdine and was voted the 2005 AVCA National Player of the Year as well as the NCAA Tournament MVP as the Waves won the 2005 NCAA championship. He was a four-time AVCA al-American, three-time All-MPSF first teamer, 2005 MPSF Freshman (2002) and Player (2005) of the Ybear and three-time MPSF All-Academic selection member.

TUR W: “We will fight to achieve our goals” said Caprara