The bracket containing the names of 64 teams that will compete for the 2017 NCAA Division I Women’s Volleyball title has been released. The Selection Committee that runs the tournament awarded an automatic berth to 32 conferences, while the remaining 32 spots were filled with at-large selections. 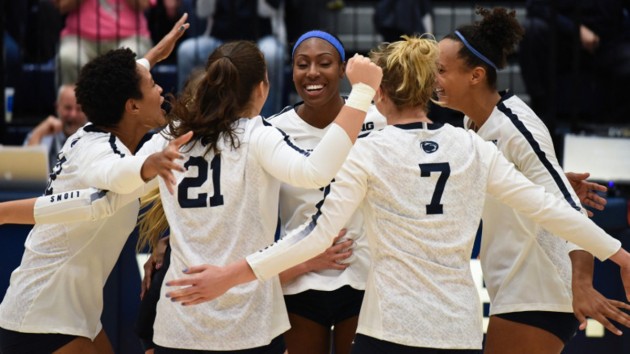 Pennsylvania State University (Big Ten Conference, 29-1) qualified to the Championship as the top seed and will play Howard University in the first round.

University of Florida (Southeastern Conference, 25-1) earned No.2 and will face Alabama State University.

The national defending champions Stanford University (Pac-12 Conference, 26-3) are the third seed and will compete against California State University, Bakersfield in the first round.

University of Kentucky (Southeastern Conference, 26-3) got themselves No.4 and East Tennessee State University as the rivals.

The top 16 seeds will have the opportunity to host the first round and second round at their campus sites. They were seeded nationally and placed within four regions. Also, team pairings were determined by geographic proximity, with the exception that teams from the same conference were not paired during the first round and second round encounters.

The format of the championship: Matches of the first and second round will be played from November 30 to December 2 at 16 predetermined campus sites. Teams winning both matches will move on to the regionals on December 8 and 9. Regionals will be held at four non-predetermined campus sites, which will be announced after play concludes, on December 2. At each site, four teams will compete in a single round-robin semifinal. The regional winners will advance to the national semifinals and championship final co-hosted by University of Missouri – Kansas City and University of Kansas, at the Sprint Center in Kansas City on December 14 and 16.

UPDATE: Christenson for WoV – “I cannot...