The regionals of the 2017 NCAA Women’s Volleyball Division I Championship are over and we have the names of four teams that will fight for the national title in Kansas City! 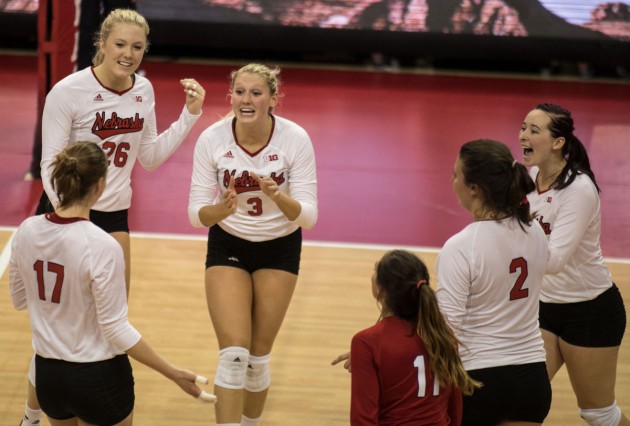 No.5 Nebraska Huskers (30-4, Big Ten Conference) beat the odds and defeated No.4 Kentucky Wildcats (29-4, Southeastern Conference) on the court of the rivals at Memorial Coliseum in Lexington, Kentucky, in one of four Regional Finals – 3-1 (25-19, 25-22, 25-27, 25-22). Led by 18 points from the junior outside hitter Mikaela Foecke, the Huskers advanced to the NCAA D1 Final Four for the third time in a row and the 14th overall, which is the second-best achievement of a kind in the tournament’s history.

In the biggest derby of all four Regional Finals, which was at the same time the rematch of the last season’s title encounter, the defending champions and also No.3 Stanford Cardinal (30-3, Pac-12 Conference) have blown away No.6 Texas Longhorns (27-3, Big 12 Conference) by a 3-0 (25-21, 25-21, 25-21). In front of own crowd at Maples Pavilion, Stanford, California, the Cardinal celebrated their 21st appearance in the championship semis, which is the NCAA Women’s Volleyball record. A sophomore outside hitter Kathryn Plummer had another huge display, 21 points, being named the MVP of the Stanford Regionals.

The second-seed Florida Gators (29-1, Southeastern Conference) were on the verge to fall to the tenth-seed University of Southern California Trojans (25-10, Pac-12 Conference) at home ground at O’Connell Center, Gainesville, Florida – 3-2 (25-23, 20-25, 18-25, 26-24, 15-11). Since they didn’t, the Gators earned their first ticket to the Final Four in 14 years! A senior outside hitter from Canada Shainah Joseph highlighted the winning side with 16 points.

The National Semifinals pairs (the Final Four is co-hosted by the University of Missouri – Kansas City and University of Kansas at the Sprint Center in Kansas City, Missouri, on December 14 and 16):

No.3 Stanford vs. No.2 Florida

POL W: Furious play of ŁKS Łódź bring them 10th win in as many matches, change of coach in Dąbrowa Górnicza in vain

Interview with Micah Christenson – “I had...