Delecta BYDGOSZCZ looks forward to the return game with Ural UFA that is coming up this Saturday where the home heroes will be able to count on the always extraordinary ambiance contributed by their fans. Read the latest news from volleyball world on worldofvolley.com. 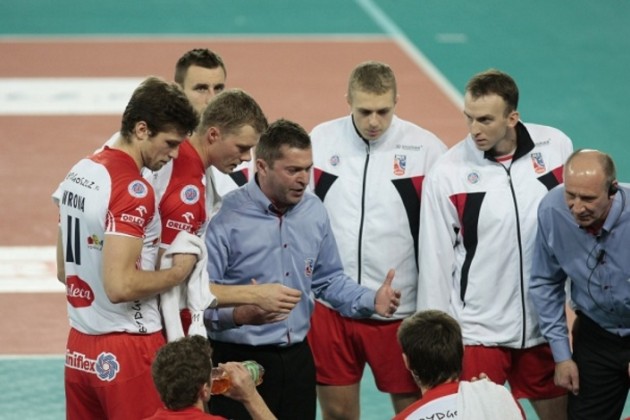 Though the Russian team claimed the first semifinal round of the 2013 CEV Volleyball Challenge Cup, still the score was very close and it could have ended the other way around if only Delecta players had exploited the opportunities they had there in Ufa. After dominating the scene in the first set, Ural UFA was confronted with the tough resistance put up by their guests from Poland and the next three sets were hard-fought. Delecta went up by four points halfway through in the second set but still Ural was able to storm back and wrap it up at 25-23. In the fourth set, Delecta could not cash a couple of set balls that would have called for the tie-break.

On Saturday Delecta and Ural will fight to make it to the final of the Challenge Cup and play there the winners of the other semifinal fixture starring Italy’s Copra Elior PIACENZA and Dukla LIBEREC of the Czech Republic. The guests mentored by Angiolino Frigoni may also want to wait for the eventual golden set to book their ticket to the final but Delecta is will determined to seize the night at home relying on the good omen resulting from only two defeats suffered this season while playing in front of their fans. Additionally, Dawid Konarski top scored in Ufa doing better than his counterpart Leandro Vissotto but Ural UFA was anchored there by their outside hitters – Pavel Abramov and Alexey Spiridonov – who performed with much more consistency and quality than Delecta’s Marcin Wika and Stéphane Antiga. The difference was made also by the middle blockers with the Russian duo composed of Andrey Ashshev and Alexey Kazakov registering 9 points vs. only 2 for the Polish tandem Andrzej Wrona/Wojciech Jurkiewicz.

The local fans in Bydgoszcz can’t wait for this much anticipated clash as a ticket to the final would be the icing on the cake of an already memorable season so far with Delecta having topped the charts of the regular season in Poland’s national league.