Beijing, China, February 22, 2012 – The 2012 China women’s squad was unveiled on Wednesday with most of the team that finished third at the FIVB Volleyball Women’s World Cup 2011 retained as they begin their preparations for the London Olympic Games. 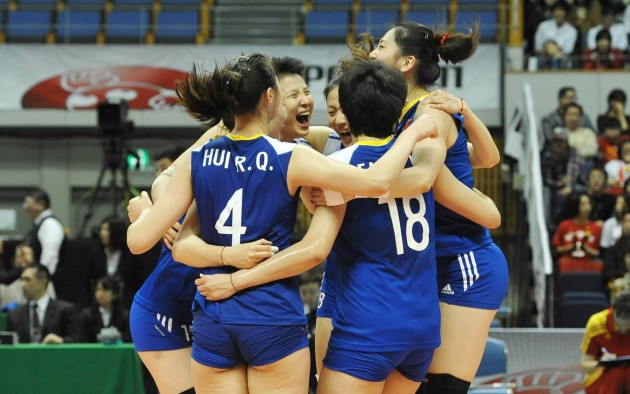 Yu Juemin’s side will now start a one month long training camp in Beijing before heading to the Fujian province in Southern China to continue to build towards the upcoming international season, which begins with the FIVB Volleyball World Grand Prix from June 8 to July 1. Before this they will play friendly matches against Japan, Korea and Italy.

The 21 players come from eight clubs, with an average height of 1.85m and an average age of 23. The youngest player is Yang Jie, from Shanghai Dunlop Club who is 18-years-old

Juemin revealed that he expects the London 2012 team to be very similar to the one that travelled to Japan for last year’s World Cup.

“The overriding task for the women’s team is to clinch a good result at the London Olympic Games,” he said. “At the Asian Championship and the World Cup, the main team proved their value. As a result, they will be the core of the squad.”

“Though we have booked a ticket to London, we still lag behind in technical fields with the world’s top squads, like the United States, Brazil, and Italy,” he added. “The Chinese players will try their best to train hard in preparation.”