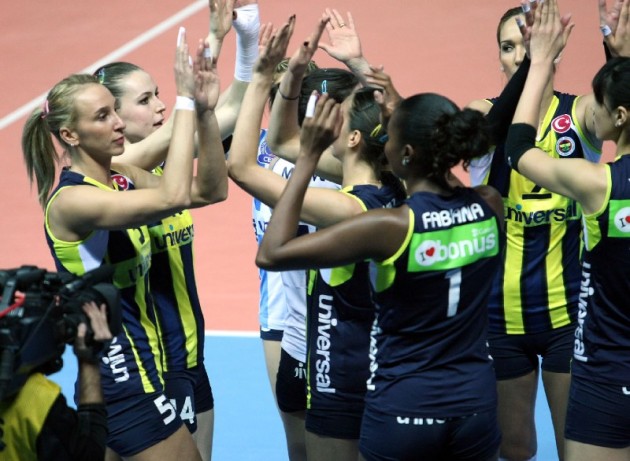 The very first rally of the match already set the tone for what was next: the score stayed extremely tight for most of the opening set, with good blocks from both sides. Fenerbahce Universal got a margin of three (10:13, 11:14) after scoring some excellent attacks but MULHOUSE drew level at 15. Fenerbahce entered the so-called money time with the slimmest margin (20:21) but their great outside hitters, Seda Tokatlioglu and Brazilian Fabiana Claudino, sped up for the final 20-25.

Fenerbahce caught a good start in set 2 (0:3, 5:8) with MULHOUSE trying to resist via the serving of captain Armelle Faesch and some spikes of Tatjana Bokan. The guests gradually changed gear (8:14) and even though MULHOUSE got some valuable help from Isaline Sager-Weider, Polina Stoyneva and Alina Albu, still the hosts trailed 11:16 at the second technical time-out. As the fans were cheering loudly on their heroines, they eventually cut the gap to -1 (18:19) and some more long and disputed points followed before Korean star Yeon-Koung Kim finished it off at 19-25.

This is Fenerbahce second victory in straight sets after the bronze medalists from last year had edged with that same score Germany’s DRESDNER SC last week in Istanbul.

Big clash vs Castellana next