Itas Diatec Trentino: In the Champions League, the holders, Trento, travel to Poland to face Zaksa Kedzierzyn-Kozle on Thursday. Trento lost against the Polish at home a week ago but the top spot of the group is still possible. 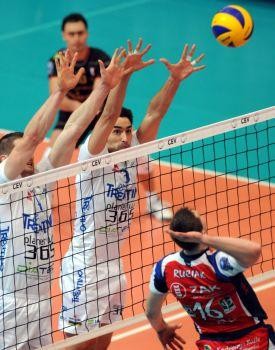 “The game played seven days ago was just a confirmation of what we expected – said assistant coach Roberto Serniotti – Zaksa is one of the strongest teams of this competition and last Wednesday they deserved to win, they won because they played well not because we played poorly. We really want to win, this is a key game, but to do so we’ll need to be more organised at the net and serve more effectively”.

Italy: Paolucci – In the Cup with the help of our fans

CEV CL: CSKA SOFIA has nothing to...