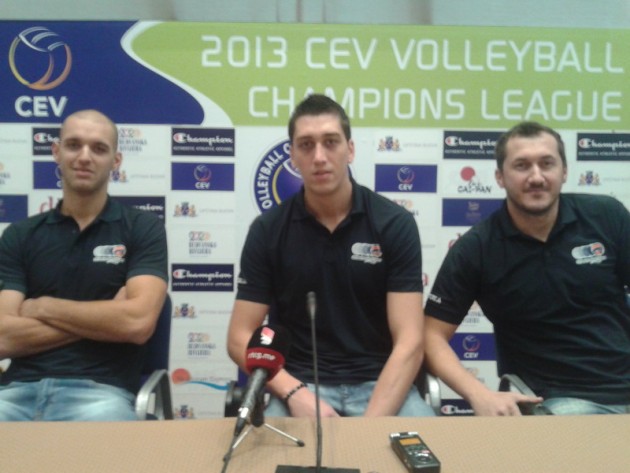 This is the very last chance for BUDVA – after three consecutive defeats – to get a positive result and hope to make it to the next round of the competition.

Vojin Cacic and Marko Vujovic played good last week in Berlin and their help will be much needed to stand a chance and continue the fight for a spot at least in the Challenge Round of the 2013 CEV Volleyball Cup. “If we repeat our performance from the second set in Berlin we can bring it home or at least win a point” says Cacic. “The match in Berlin showed our problems; some players joined us very late and we did not have the chance to spend enough time together. Our problem is consistency, otherwise I think we can play at the same level of teams like BERLIN”.

“After winning that set in Germany we got the feeling that we can go for a positive result here in Budva” says middle blocker Luka Suljagic. “It is time to take our first points in the competition as out of three matches we could only win one set so far. BERLIN plays with patience, discipline but if we play like we did there in the second set, I think we can stand a chance. We want to fight and we’ll see if we can continue our European campaign this season. This is the most important game of the season so far and we have to remain focused as every set and point lost will distract us from the target”.

Marko Vujovic says that the fighting spirit will be the winning asset of his team. “Last week we did show in Berlin the way we can play and we enjoyed a good atmosphere out there on the court. I think our opponents may not play at the same level they did last week where they committed only a few mistakes. We shall be patient and determined”.