Russia’s Uralochka-NTMK EKATERINBURG did edge Volero ZÜRICH 3:0 to keep second place in the standings of Pool A in the 2013 CEV Volleyball Champions League – Women. Nikolay Karpol did a great job leading his team, and Strashimira Filipova was the best. Karpol nad Dragutin Baltic gave statements. Nneka Onyejekwe was best in Volero. 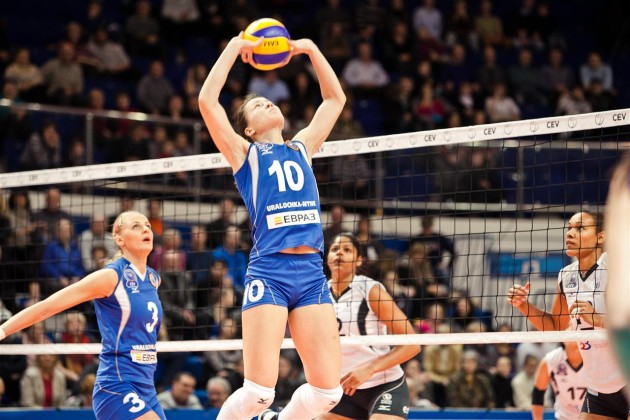 After losing last week at home, Volero started out very determined while Uralochka was having problems in reception. Local head coach Nikolay Karpol stopped the game to brief his players and they responded very well by claiming the first set thereby setting the tone for what was going to follow in the remainder of the match. With the support of the 2’500 fans in attendance and the great attacks by Strashimira Filipova, Uralochka claimed the match in straight sets. Filipova top scored in the end with 17 points while Nneka Onyejekwe paced Volero with 15.

“Our team was very motivated for this game but we played against a strong side with a great coach and hence we eventually lost also because of our lack of experience” said Volero head coach Dragutin Baltic.

“The start was very slow but we eventually found our rhythm and could impose our game” added local mentor Nikolay Karpol.