CL M: TOURS VB and Zaksa crossing their ways with different goals but the same motivation

After losing on Wednesday in straight sets to the four-time club world champions of TRENTINO Diatec, France’s TOURS VB got to know its fate in the 2013 CEV Volleyball Champions League. They play next Wednesday against Poland’s Zaksa KEDZIERZYN-KOZLE. Read latest volleyball news on Worldofvolley.com. 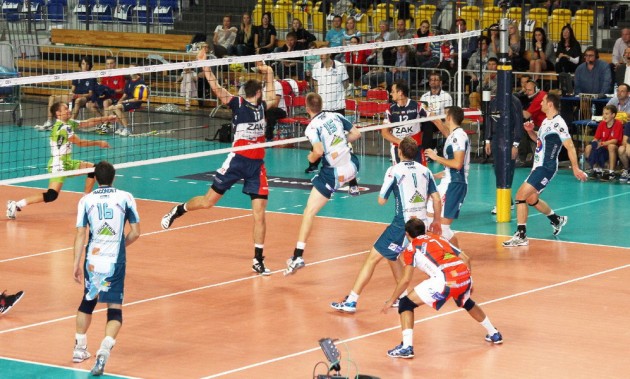 Even a 3:0 home win next Wednesday against Poland’s Zaksa KEDZIERZYN-KOZLE can’t help that side make it to second place in Pool C, so the best TOURS VB can hope for is to be moved to the Challenge Round of the 2013 CEV Volleyball Cup.

TOURS VB still has got an immaculate record in the national league but the European campaign has not been that successful. General manager Pascal Foussard recognizes the chances to make it to the Playoffs 12 were somehow compromised already after the first leg, as TOURS VB was ousted by Zaksa KEDZIERZYN-KOZLE in Poland. “Right after the DOL in Vienna we knew that this match was going to be decisive. There we lost the first set 26-24, we started out strong in the second but finally could not bring it home. We know the quality of this competition and also are aware that pretty much depends on the outcome of the Drawing of Lots”.

Zaksa comes to France to take maximum points from the game and finish among the five second-ranked teams with the best score to advance to the Playoffs 12 while TOURS VB wants to show its real strength and be promoted to the Challenge Round of the CEV Cup, so team captain David Konecny and his mates are certainly motivated to contribute a great show to the delight of the many fans that always get together at “Robert Grenon” sports hall.