Crvena Zvezda BEOGRAD welcomes TRENTINO Diatec for the sixth and last round of prelim action in Pool C. Find the latest news from World Club Championship on worldofvolley.com. 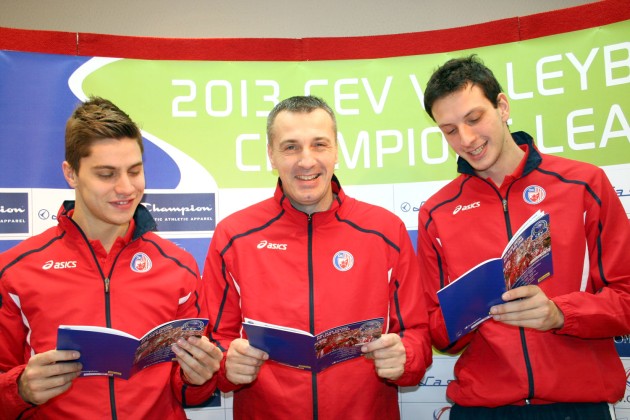 Serbia’s Volleyball fans are simply excited about the arrival of TRENTINO to Beograd, having the opportunity to see the actions of the team that has dominated the international scene in the past few years.

“In the first match we played with TRENTINO we lacked some tactical options and our attack was not well organized” says Crvena Zvezda head coach Dusko Nikolic. “Our rival exploited this showing us that no mistakes are allowed in the Champions League. It is a great honor and also a responsibility at the same time to play the four-time world champions. Even though people have to cope with demanding weather conditions and there is a lot of snow here, we hope that many will come over and see the best team in the world” adds Nikolic.

“TRENTINO Diatec is a four-time world champion and we are evidently happy to play this side” says local hero Vuk Milutinovic.

“We will try to exploit the fact that TRENTINO has already qualified for the Playoffs 12 and we may have a chance to take our first set in the competition” states another local promising star, Maksim Buculjevic.