Top Posts
CAVB W: Nigeria head coach threatened with death...
FIVB: All participants of the 2022 Women’s World...
JPN M: Nakagaichi resigns as head coach
CEV CL W: Olympiacos started the Champions League...
SRB M: Atanasijević – “We have to look...
POL M: Heynen to change course of his...
FIVB: All participants of the Men’s World Championship...
CRO: Leo Andric – “I am satisfied with...
DOM W: Rivera retires from national team after...
NED M: Plak explains why he was excluded...
Home » By Mark Lebedew: The Best Player You Might Have Heard Of…but have probably forgotten
By Mark LebedewDid You Know?Vintage volleyball

By Mark Lebedew: The Best Player You Might Have Heard Of…but have probably forgotten

At the same tournament that I saw Ricardo Goicochea I also saw a young Swedish player, who impressed me enormously with his athleticism. 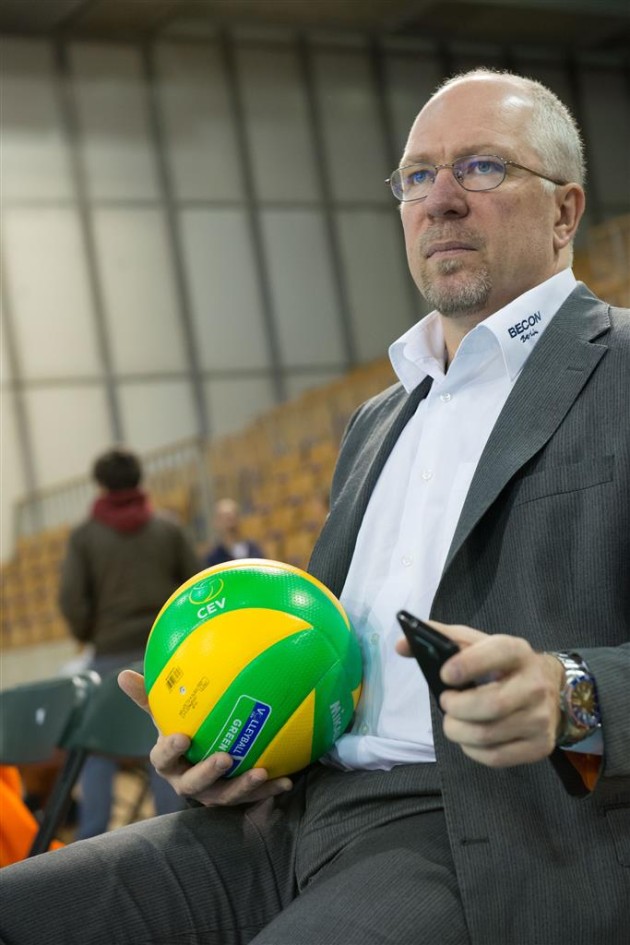 Bengt Gustavsson was already playing in Italy by then, appearing for top teams like Santal Parma and eventually Sisley Treviso. Sweden was a team on the rise, led by coach Anders Kristiansson. Eventually, with Gustavsson as their star they qualified for the 1988 Olympics appeared in two European Championships semi finals, winning silver at home in 1989 (more on that later). The team and their star drifted quickly out of the limelight; the latter a victim of a career ending motorcycle accident, the former in large part due to the absence of the latter.

What I remember most of Gustavsson was his impossible athleticism. I have competed against, or at least seen in person, virtually every top player of the last 25 years and I cannot think of a single one with comparable athleticism. In the video below you can watch his explosiveness and balance, as well as the languid ease with which he does all of it. I just had to write languid.

I really enjoyed watching this game and his performance (he ended with 14 points + 28 sideouts).

Older video, records and analyses, editing, research by Mark Lebedew are very interesting. I take his work as priceless.. No one else do such a work…He provides us with many volleyball jewels, observations.. In past we often could not see many top tournaments, or matches on TV ….There was no Internet, no YT. Only very limited TV … We often did not know the background, problems on some tournaments – see e.g. what happened during Italy vs Netherlands OG 1992, on M.L. YT channel, and how it had influenced a final with Brazil..
In time of pandemic, we can take a lesson from some former activities on courts . In past there was a much more decent behaviour during matches, avoiding useless personal contacts , no so and such intimacy as nowadays, no expressive shouting as is a current rule after killing spike or blocks, ourts… Only at the end of the match, tournaments emotions were same as now… (Now we see on 75 and more the useless, risky, ritual teamś hugging per a match) .. Moreover until 1998, volleyball was for TV fans very friendly – due to of a perfect visible. recognizable white ball. Since this time, the screen fans eyes suffer – volleyball has become a pantomime on screens.
Moreover the game was much more smoothly – no so many and so long interruptions as nowadays.. Majority of referees had a respect..
I suppose, if volleyball wants to survive this pandemic crisis, it will have to return to some above mentioned procedures.. Systematically…

VINTAGE VOLLEYBALL: This is how Sweden beat...

PHOTO OF THE DAY: Who loves Brufen?