The new opposite hitter of the current CEV Champions League winners Igor Gorgonzola Novara will be Serbian Jovana Brakočević-Canzian. 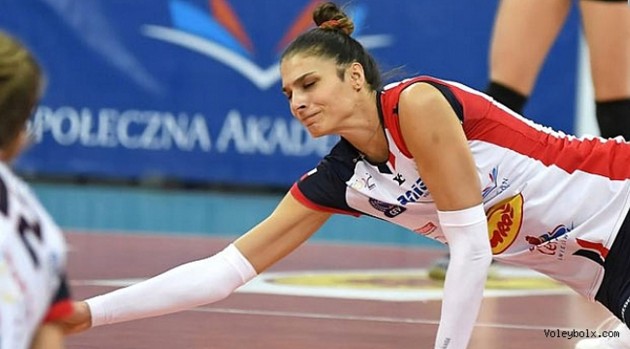 A 31-year-old Serbian Brakočević-Canzian, who also possesses an Italian sports nationality, came to Novara from Grot Budowlani Łódź for which she scored 639 points last season – an absolute record of the Polish Women’s league. She set another record in the 2018/19 – the CEV Champions Game single-scoring record of 38 points.

With Serbia national team, for which she no longer competes, Brakočević-Canzian won the CEV EuroVolley once and CEV European League two times. On a club level, she claimed the CEV Champions League and FIVB Club World Championship once each (both with VakıfBank, Turkey) as well as national championship titles in five different countries (2 apiece in Serbia and Turkey,  and one apiece in Italy, Romania, and Poland). And that is only a part of her gold medal collection. Her greatest individual achievement was the MVP award in the 2011 CEV EuroVolley.