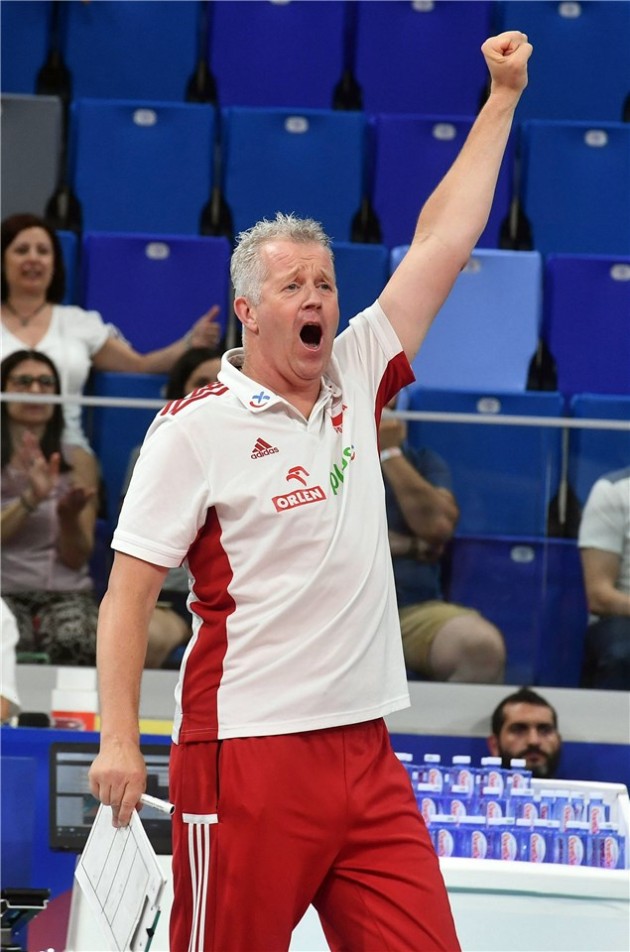 The appointment of Heynen as head coach of Perugia was announced in the Italian media a month ago. Now, it is official: a 50-year-old Belgian expert is the 5th Perugia head coach in the club’s history in the SuperLega. This also means the end of Lorenzo Bernardi’s three-year work with Perugia with whom he won the Scudetto, national Cup, and Super Cup one-time each.

Heynen brings an enormous international volleyball experience to Perugia, which he gained working in clubs and national teams in his home country, Poland, Germany, France, and Turkey. He will make his debut in the Italian Volleyball next season.

Heynen comes to the “Block Devils” from the German Championship silver medalists VfB Friedrichshafen at whose helm he has been since 2016. The résumé of Belgian expert is filled with many trophies of which the one that he won with Poland Men’s national team in the 2018 FIVB World Championship is certainly the most important. Winning the Belgian league and Belgian Cup 5 times each as well as the Belgian Super Cup 4 times, all with Greenyard Maaseik, should not be forgotten when counting his achievements. Heynen claimed 3 national cups and Super Cups apiece with Friedrichshafen.

The new Perugia head coach is currently in Chicago, leading Poland national team in the Final Six of the FIVB Nations League.