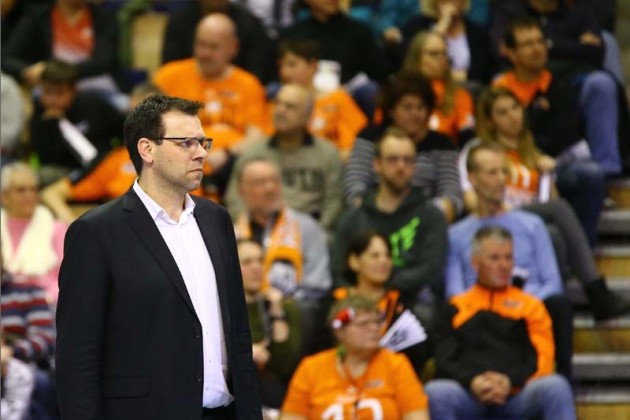 Hanno Pevkur, the President of the Estonian Volleyball Association, announced the new head coaches of both senior national teams at the festive gala organized to mark the end of the year. The Frenchman Cédric Énard took charge at the men’s team instead of Romanian Gheorghe Crețu, while Italian Lorenzo Micelli will command the women’s team as he replaced Andrei Ojamets. Both experts signed a 2 + 2 contract.

The 43-year-old Énard coached Tours to winning the French Championship in 2018 and Berlin Recycling Volleys to winning the German Championship last season. He is still at the helm of this team. From 2017 until the end of this year, Énard served as an assistant coach for France National Team.

The 49-year-old Micelli led women’s team of Zanetti Bergamo to claim two CEV Champions League titles (2009 and 2010) and one Italian Cup (2007). Then he worked in Turkey, where he led Eczacıbaşı VitrA to win the national championship (2012), and two national cups and super cups each (2011 and 2012). In 2014, Micelli moved to the Polish league and won the national cup the same year with Trefl Proxima Kraków. This season, Micelli commands the French side of Le Cannet.