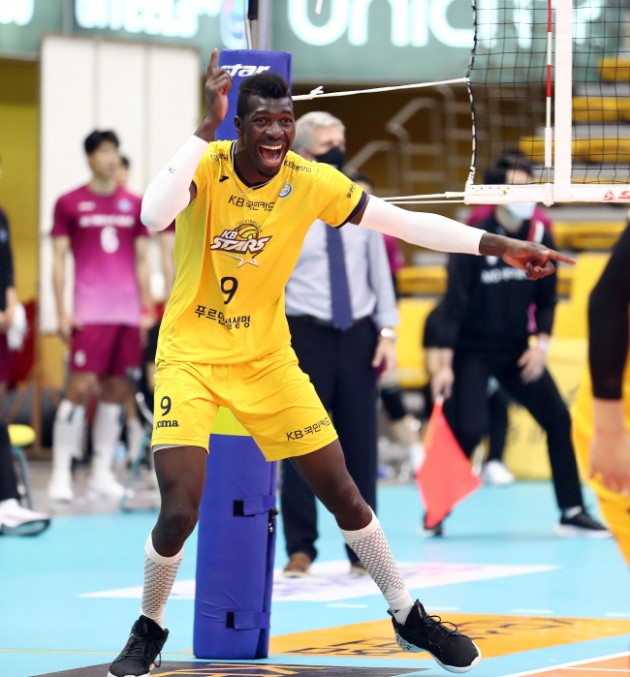 The prodigy of African volleyball but, according to the performances he has been showing since the beginning of the ongoing season, also of the world volleyball, Noumory Keita, managed to enter the list of the top 10 world’s male single-game scorers although he’s only 19 years old.

Today, the teenage Malian international notched up 54 points in the 3-2 win of his team, the Uijeongbu KB Insurance Stars, over Daejeon Samsung Fire Insurance Bluefangs in the 2020/21 Dodram V-League regular season! With this output, Keita shares a fifth place in the above-mentioned list along with Cuban Leonardo Leyva and Canadian Terrel Bramwell.

Recall, that he already had some outstanding displays this season. Keita’s play overshadowed one of the Pole Bartosz Krzysiek, which was also amazing, from the losing team: 38 points. The KB Stars remained unbeaten after four games, while the Bluefangs’ losing streak continued with the fourth defeat.

TUR W: VakıfBank at 12-0; THY, Aydın, and Galatasaray extend winning streaks to 4 each