These days’ players of Halkbank are in the spotlight because of the whole Champions League Final Four organization. Reporters across Europe are making interviews with the players and coach Stoytchev, and the WorldofVolley chose the Bulgarian player Matey Kaziyski. We had a little chat with him about many things...Enjoy! 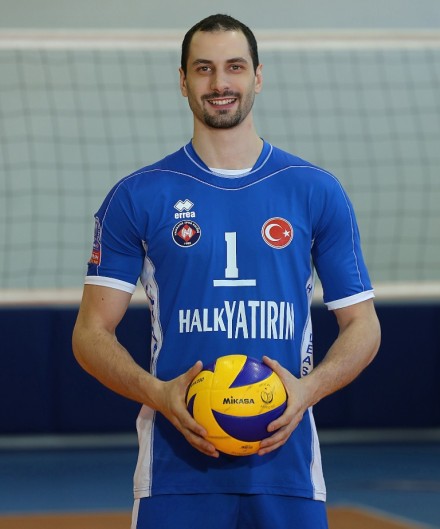 Matey Kaziyski was born 23 September 1984 in Sofia and after six seasons in Trentno now he wears jersey of Halkbank from Ankara.

In 2012 Kaziyski left the Bulgarian national volleyball team, together with coach Radostin Stoytchev, due to a scandal with Bulgarian Volleyball Federation (BFV). The player said he would not get back, until the leadership and structure of the BFV was changed.

Are you planning to return to the Bulgarian national team?

“At the moment, I`m not planning, maybe one day.”

Is Sokolov the next Bulgarian superstar?

“I think Sokolov is a great player and it is obvious that he is the biggest Bulgarian superstar now, also being so young means he will continue to be for quite some time. I wish him all the best.”

Why do you and Stoytchev go everywhere together?

“We go together because we work well together, during the years we build an working system that permits us to win a lot of competitions.”

Do you miss Italy?

“Yes I miss Italy very much, and especially Trento. It`s like I miss Bulgaria and Sofia, it`s like home to me.” 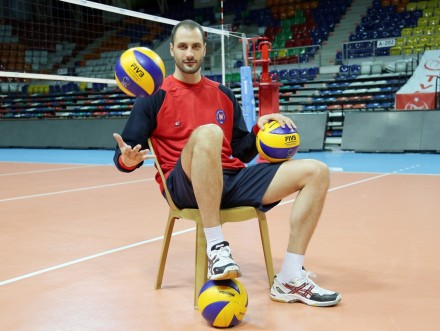 What is the most beautiful moment in your life?

“I like to believe it is still to come.”

“I like many types of food but I must say that I love Turkish food, witch by the way is very similar to Bulgarian, because we took so many things from Turkish kitchen like kufte, kebap, sarma and so many more.”

“I don`t really have a favorite video game, I play a lot of different games and I enjoy all of them.”

Who is better than you in video games from your teammates or in general? And did you ever lose a bet?

“It is difficult to say who is the best in our team because we don`t play together. But in one particular game called “Zombie hell” Resul is the KING, he is so far ahead that we can`t dream to reach his level.  I never bet on games, games are for fun.”

What do you think of Ankara, the fans, the Turkish championship?

“I like Ankara a lot, it is a big city and I don`t know it very well yet, but I already know how to find all the things that I need. Still I have much more to learn. The fans here in Ankara are mostly from the junior teams in the region, they are great but very few in numbers. I think popularity is one of the problems for the man`s volleyball in Turkey, the clubs and the Federation in my opinion should make much more efforts in that aspect. The Turkish championship is good but more space to grow, so it can be compared to the Italian, Russian or Polish leagues. Of course all this is only my opinion based from what I saw in less than one year.” – said Matey Kaziyski.

If you wish to check out more interesting interviews, visit our Interviews page.

Read more about this player on WoV Community profile of Matey Kaziyski.