EXCLUSIVE FOR WOV: Novica Bjelica – “I don`t miss playing for the NT”

Novica Bjelica is one of the foreigners in the Brazilian Superliga. After seasons in Latina, Copra, Sisley, Roma (Italy) and Fenerbahce Grundig (Turkey), now he wears a jersey of Vivo/Minas from Belo Horizonte. His team will fight in the semi-finals against the World club`s champion, Sada Cruzeiro, which is also their city rival. 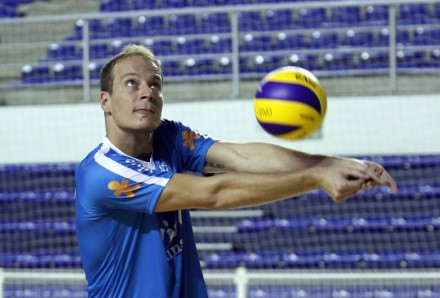 If some of you forgot who Novica is, we will just say that he is a 31 years old Serbian volleyball player who made his first volleyball steps in Crvena zvezda. Until 2003 he was a member of the Serbian “red and white” and after that he went to Montenegro to play for Budućnost.

At the beginning of the season 2004 he went to Italy and stayed there until 2012. Last season he played for Fenerbahce and now he is the middle blocker of the team from Belo Horizonte.

Novica represented his country at the 2008 Summer Olympics.

“The league is extremely strong, since they have started investing because of the Olympic Games and they have managed to keep all the national players. Their way of work is different and so is their sports culture; here they train more than anywhere else and the accent is on physical preparation.”

You played in Italy and Turkey, is it strange for you to play up to 21 points?

“No, we got used to it quickly and the match is now shorter” 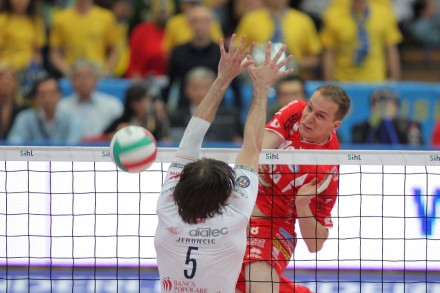 The audiences in Brazil are fanatics:

“The audience usually follows the derby matches; they are great experts in volleyball”

Vivo/Minas qualified for the semifinals, what are the chances of getting into the finals series?

“In the semi-finals we will play against Sada Cruzeiro, who was the club champion of the world and who is for sure the favorite in this match. But all our matches so far have been uncertain, so … “

Previously, you had the chance to play with the national team in Belo Horizonte. Did you ever think you’d come back one day and play in Brazil?

“For me this is a new experience, I never expected this. But I`m very pleased and if anyone has the opportunity to come here I would recommend it.”

Until this season you only knew Brazilians over the volleyball net, what is your opinion about them now since you’re now a part of them?

“I perfectly understand them, they are great fighters, temperamental, proud, but off the court they are excellent hosts who will do anything to make you feel at home.” 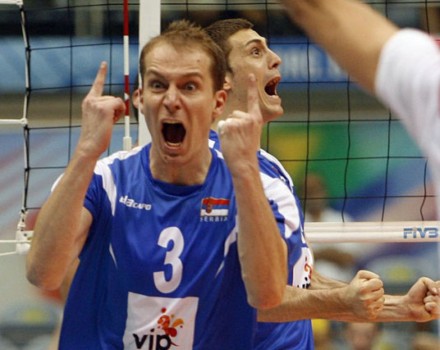 Which Brazilian player made the biggest impression on you?

“The opposite of Sada Cruzeiro and the national player of Brazil Wallace de Souza. He is an amazing player, he is having a great season.”

“The weather in Belo Horizonte is perfect, the food, the people are smiling all the time, they live without stress. I miss my family, friends and Belgrade.”

“Volleyball is experiencing globalization so I will see where the best conditions, economics, players are…”

Do you miss the national team of Serbia and do you follow the results of the Serbian guys at ECH , WCH, WL and other competitions?

PHOTO OF THE DAY: Who is the real Ngapeth?

INTERVIEW: Maja Ognjenovic for WoV – “The...