Nuri Özaltin, President of the Board of Directors of Özaltin Holding and Owner of Gloria Hotels & Resorts, is the person who made Gloria Cup possible. After the end of the very successful volleyball tournament Mr. Özaltin gave an exclusive interview for WorldofVolley. 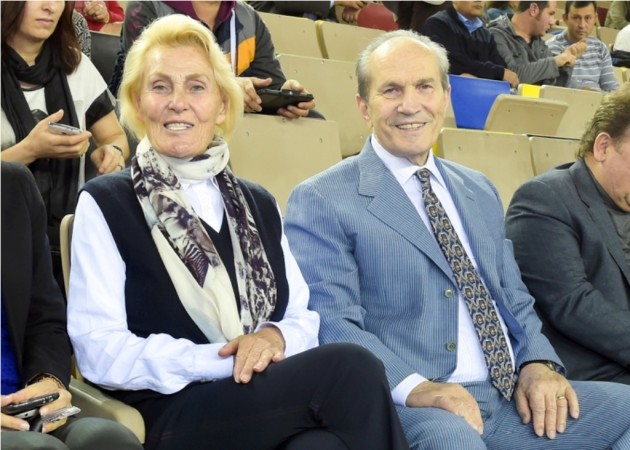 Mr. Özaltin and his wife

How did you come up to the idea to organize Gloria Cup?

“When we were thinking about the opening of this sports complex, we thought that it was a good idea to organize a volleyball tournament. Also. it was a good time for volleyball as it was a mid-season in most of the leagues. But, of course we will not stop only on this, we want to use this infrastructure here to organize many sport events.”

Why have you picked volleyball before other sports for the grand opening?

“We finished Gloria Sports Arena on the 31st December 2014, and the tournament started on the 3rd January 2015. A lot of people did not believe that we will finish the building on time. If you had seen the hotel couple of months ago you would not have believed it either. Some clubs from other sports said that it would be impossible… But, volleyball people trusted me and we were pleased to welcome them first.”

What does volleyball mean to you?

“In general I like all kind of sports. That is why I have built such a complex. I watched volleyball many times. As you could see, I watched all the games on the Gloria Cup as well. And it was a pleasure for me to watch such great teams.”

Considering that the first ever Gloria Cup was a big success do you plan to organize this tournament every year?

And do you plan to expand it perhaps, or include men’s volleyball too?

“Why not? We have just opened this complex so let teams firstly come here on preparations and see what we can offer to them. If they like it, than we will for sure expand the tournament.”

EXCLUSIVE FOR WOV: Nataliya Mammadova – “It...

Alesya Safronova for WoV – “There are...