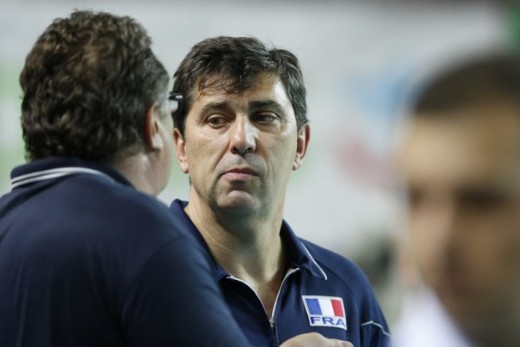 – Were you present during the World League Finals in Sofia. How do you rate this tournament?

– My attention was on the Polish national team. They deserved to win the gold medal. Most of the current teams are there were at a high level. Bartosz Kurek played very good games. He made great progress recently.

– Who do you think will win the Olympics in London? Can we expect the Polish national team at the top of the podium?

– The Olympic Games is a different story. Some teams like Russia and Italy, have decided to participate in the World League final. They will be in better shape. The last couple of weeks before the Olympics are the most important. Playing in the finals of the World League was a good opportunity to meet the best in the world. Players gain confidence, play better. That’s what the Polish national team did. I think it will be very difficult playing against them in London.

– Do you think Mauro Berruto and Vladimir Alekno made the right decisions?

– They made their choice. I must admit that this year the calendar is very tight. Poland hds used the opportunity and has already gained her qualification for the World Cup in Japan. It worked to their advantage. There was time to quietly build up your form. In Sofia, Poland played very well. I think Italy will miss games against the best teams. Polish coach had a completely different approach. Surely he knows what he’s doing. He is a very good coach. He won the gold medal in the World League.

POL: Juniors will find out the names of their rivals in the finals of the European Championship