SYNONYM FOR LOYALTY: Busra Kilicli – “I am privileged and honored to play for Eczacibasi Vitra“

How much respect do you have for a player that has been playing only in one team throughout the entire career? No, this is not a story about Francesco Totti and his team Rome, this is a story about Busra Kilicli, who has never played outside Eczacibasi. 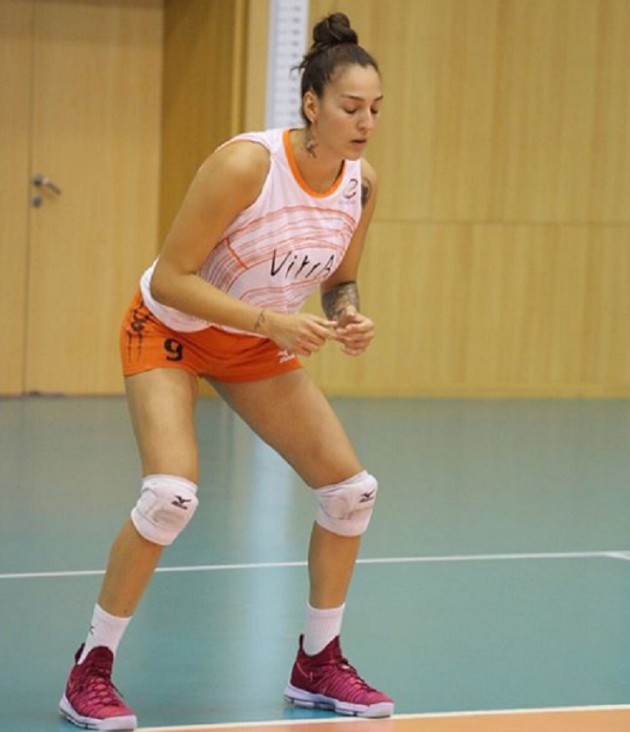 There is nothing wrong with changing clubs every season, however, this is what we call a loyalty! This is the 13th season of Busra Cansu in a jersey of Eczacibasi Vitra. Impressive, isn’t it?

There is one more interesting thing. Even though she has a plenty of time to play volleyball, she is not planning to move elsewhere.

Let’s see what she has to say about it and about many other things related to volleyball.

Eczacibasi is in the leading position in the domestic league. You defeated Vakifbank twice in the championship and on the other hand, Fenerbahce is not the same team like last year, do you think it’s time for Eczacibasi to win the trophy?

“Eczacibasi VitrA started the season with a young and dynamic team. At the beginning of the season, we knew that it was going to be a different year than previous years. We wanted to prove that we were capable of playing strong against other teams and it was good to beat Vakifbank two times in the Turkish League.  Also, I think Fenerbahce is a very difficult team to play but compared to past years Turkish League has gotten tougher and there are many strong teams. Every team’s main goal is to win the trophy, however, Eczacıbaşı VitrA is one of the biggest nominees,” says in an exclusive interview for WorldofVolley, Busra Kilicli (ex Cansu).

What are the chances of Eczacibasi in the CEV CUP? Who will be the main title contenders?

“So far we have done a good job against both of our opponents: VC Oudegem and Yamamay Busto Arsizio. Now we will play against a strong Russian team. Both teams are strong and I do not want to think ahead, we focus on game by game. Every match counts and our team is aware of that. Our main target is to bring the trophy home.”

You are the fifth blocker in the league, are you satisfied with your performances so far this season?

“So far I think we have done a good job as a team. We should not forget that it is a team sport. I think we have been improving since day 1. I am pushing myself to perform and play better but it is never enough.”

Since you started to play volleyball with 11 years, what was your dream in that moment? Have you made your dreams come true?

“I started to play volleyball when I was 11 years old and it has been 16 years since then. When I started to play better, I had more dreams to accomplish. Like every other athlete, I set goals for the future and one of my dreams came true. I had a chance to play in 2012 London Olympics. It was an incredible feeling with Eczacıbaşı VitrA to win European Championship and to be back to back champion at Club World Championships.” 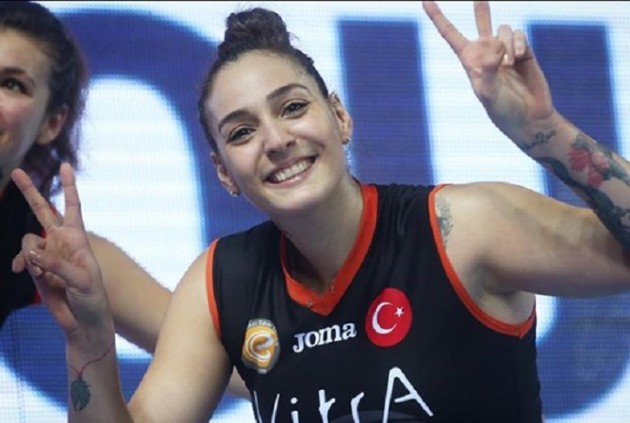 Four years ago Turkey was in the 9th place at the World Championship, what’s your expectation this time?

“There are many young potentials at the Turkish National team and it is obvious that they improve and get better every year. There is a new and strong generation coming up and we deserve to be at the stage and get a medal. However, we need to keep working hard to accomplish our goals.”

Since Turkey very often change the head coaches of the National Team, do you think that Guidetti is the right choice and Why?

“Giovanni Guidetti has proved himself as a head coach. He brought many successes to Turkey. I believe that he will help the Turkish National Team to be at the best place they can be. He is very open-minded and gives chance to different players. He also has a good relationship with players and the young generation is very lucky to work with him.”

Would you like to play somewhere else except in Turkey and Eczacibasi?

“My priority is to play in Turkey because the Turkish League has gotten a lot better compared to past years. Nowadays it has been very competitive. I started in Eczacibasi VitrA and since then I have never played outside the club. I am happy where I am and everyone made me feel like I am at home. I am privileged and honored to play for Eczacibasi VitrA.”

How do you see yourself in 5 years?

“I like to think day by day and live at the moment. Five years is a long time to think of. We have been doing a good job with the team and all I want is to keep this up. We want to finish the season strong,” says Busra for WorldofVolley.

UKR M: Lokomotyv return to the top as they prevail in big match against Vinnytsia