INTERVIEW: Dominika Sobolska for WoV – “I will leave Canakkale with a little pain in my heart”

Dominika Sobolska has talked with WorldofVolley about the season in a jersey of Canakkale. 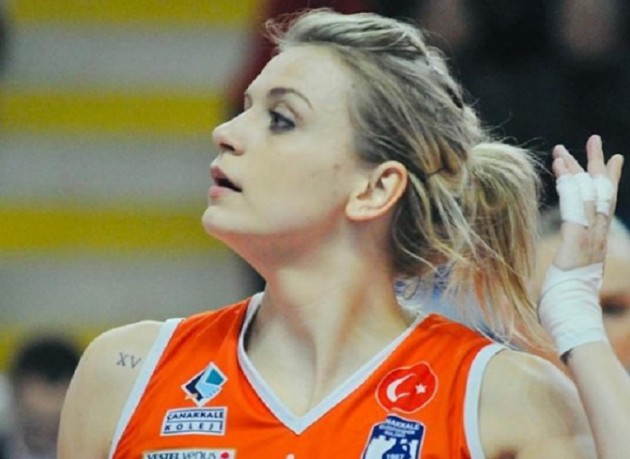 The Turkish team didn’t have a good season but Dominika Sobolska seems to be a bright spot of this team, since she was one of the best blockers in the league.

How would you rate the season in Canakkale?

“Of course, we had other ambitions and goals before the season. We couldn’t make it.”

Are you satisfied with your personal performances and are there some segments you need to work on during summer?

“It’s hard to be satisfied personally when the team doesn’t win. Sure, I was a little happy to be one of the top blockers in the league. In my opinion, there’s always room for improvements. But for sure this season taught me a lot and I’m happy that I worked with Dragan Nesic.”

It was your first season in Turkey. How would you describe it?

“When I decided to go to Turkey I didn’t exactly know what to expect. The first half of the season I was the only foreigner in the team. But the way the girls and club welcomed me was great. I could count on my teammates in all situations, they were so open and made me feel like a member of their family. In general, Canakkale is a really nice place, the people are always friendly and are trying to speak with me. For sure I will leave Canakkale with a little pain in my heart.”

Since you played in Poland, Italy and Turkey, which one is the strongest league in your opinion?

“In my opinion, Poland’s women league needs some change. The level isn’t as high as before. The Champions League also confirms this. The leagues in Turkey and Italy are different. It’s hard to say which one is stronger, for sure the Italian league has more equal teams.”

Which things from Poland you missed the most while being in Turkey?

“The food, of course. Turkish cuisine is so different from the Polish one.”

What are your plans for the upcoming summer?

“I will go to the Belgian national team this summer. But luckily, I will also have some time to rest and spend some time with my family and friends.”

“No concrete plans yet. Let’s see what the future will bring, my agent Tunc Afsar takes care about it” says Dominika Sobolska for WorldofVolley.

Fans, which volleyball rules you would change...