INTERVIEW: John Gordon Perrin for WoV – “I have another goal, to be on the podium at Tokyo Olympics”

A member of the Canadian men's national team John Gordon Perrin has achieved one of his volleyball goals - playing at the Olympics. 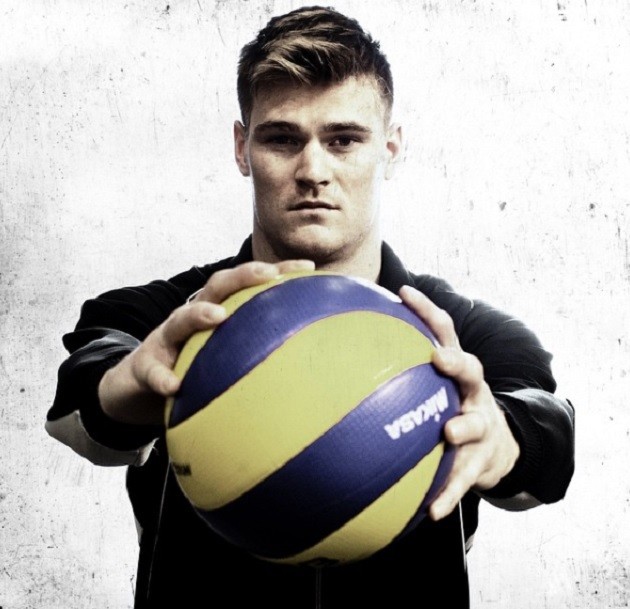 After achieving this goal, he has set a new one – to win a medal at the Olympic Games. Firstly, Canada will need to qualify for the Tokyo Olympics 2020.

We talked on this topic with John Gordon Perrin and about many more, such as joining Sada Cruzeiro, pressure in volleyball, etc.

If you would have to sum up the last season, would you call it a successful, both for you personally and for a club for which you played – Belogorie?

„Yes, I really believe we did the best we could with what we had. The team I signed to play with had Muserskiy on the roster which would have had us fighting for the title in the Russian league. I’m proud of the way we fought all season, we held third in the league for much of the season and had a close battle with Fakel to enter the semi-final. Also winning the Challenge Cup against a strong Monza team.“

The next step in your career is gigantic – Cruzeiro! Do you think that defending the colors of one of the most-titled clubs in the world will make more pressure on you compared to other clubs in which you played earlier?

„I’m very excited to play in Brazil. It’s one of my favorite countries in the world to visit, and they are obviously very passionate about volleyball. Of course, there is big responsibilities to win in Sada and that comes with some pressure sure. But pressure follows all top players in volleyball every time they enter the court, so it’s nothing new. I hope to build a strong relationship with my teammates and coaching staff and we will push towards our goals together.“

Let’s stay in Brazil in the interview for a bit more. Although three years are gone from the event, what impressions and experiences you have taken from the 2016 Rio Olympics? What does it feel like for an athlete to be a part of the biggest sporting event on the planet such as the Olympic Games?

„The Olympic Games is the most prestigious stage you can play on. It’s a confirmation that you are one of the best athletes on the planet. Achieving my goal to play in the Olympic Games was very important for me. If you want to talk about pressure, that’s pressure. We hadn’t been to the Olympic Games for 24 years and together we climbed that mountain in 2016. Now I have another goal. To be on the podium in 2020 and everything I do until that moment will be for that moment.” 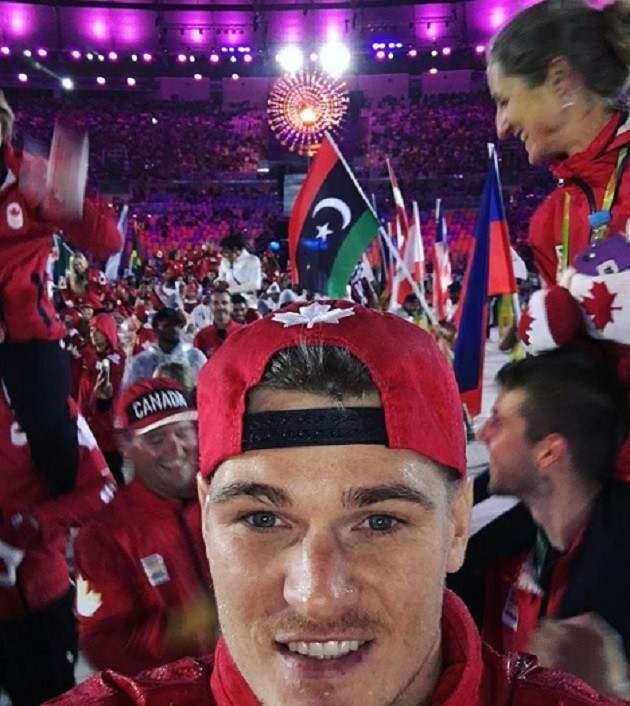 John Perrin at the Olympic Games

Speaking of the Olympic Games, Canada national team will try to win its place at the 2020 Tokyo Olympics via Intercontinental Olympic Qualification Tournament in China, in August. How do you assess Canada’s chances to book a ticket for the event?

„Yes, we have our most important meeting of the summer in August. Our team needs to get healthy. We’ve had some very unfortunate injuries the past summer that we are working to fix. But throughout the VNL, we are improving game by game and I’m confident that the group we will send to China will get the job done.“

When Canada clinched the bronze medal in the 2017 World League, many saw your national team as the title contenders in the World Championship in one-year time. But, Canada underperformed in the tournament, finishing ninth. Do you think that the ongoing Nations League is the chance for Canada to get back on the podium?

„Our goals for the summer are not to be on the podium in VNL. Of course, you want to play well in every match and hope to win. But our most important meeting is in August and we have an opportunity to use VNL to fine tune our roster to pick the best players available and to also have those players in good physical and mental shape come August. As far as finishing 9th at the World Champs, of course, it was disappointing for us. Losing to Brazil and France in the early stage had us battling uphill with this very strange tournament format. Losing TJ Sanders right before the tournament really hurt our teams’ chances, we played the entire tournament with only one setter in the roster. but I do believe we got some good experience for other players throughout the tournament and we are a stronger team because of it.“

You didn’t turn 30 yet but you will soon play professionally on the third continent! So, when you began your professional career, is this how you imagined its path?

„I don’t think I could have imagined this path when I started my career. I come from a small town in British Columbia, Canada of about 5000 people. Volleyball has allowed me to see the world and meet some incredible people that will be friends for life. I’m very grateful for the opportunities I’ve had and hopefully, I can continue to play for many more years to come.“

Your sister Alicia is also a professional volleyball player and has just won the championship title in Peru. How strong is the bond between you two and do you advice each other regarding both of your volleyball careers?

„Yes my sister also has big goals in Volleyball and we live a very similar life chasing our dreams far from home. She’s won the Peru championship twice in a row and I’m very proud of her. We don’t often talk about volleyball. Of course, we follow each other and watch each other’s games but when we talk it’s mostly about a different topic.“