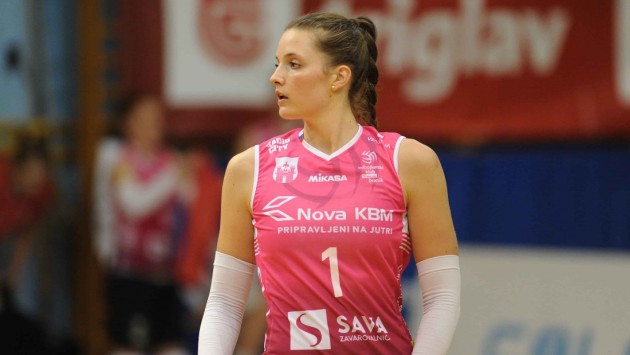 Novara engaged Slovenia national team opposite hitter Iza Mlakar to complete the roster for the 2019/20 when it comes to this position. A 23-year-old player, the 2017 FIVB U23 World Championship Best Opposite Hitter, will compete for the place in the starting line-up with Serbian Jovana Brakočević-Canzian, who came to the club earlier.

Novara will be Mlakar’s first club abroad. She was playing in Nova KBM Branik in the last several seasons, winning the Slovenian Championship five times, Slovenian Cup four times and MEVZA (Middle European Cup) Cup two times.Since 2011, when he was only 16 years old, Mlakar has been an integral part of her home country’s senior national team.

INTERVIEW: John Gordon Perrin for WoV – “I have another goal, to be on the podium at Tokyo Olympics”