INTERVIEW: Tsimafei Zhukouski – “The goal is to win as many trophies as possible” 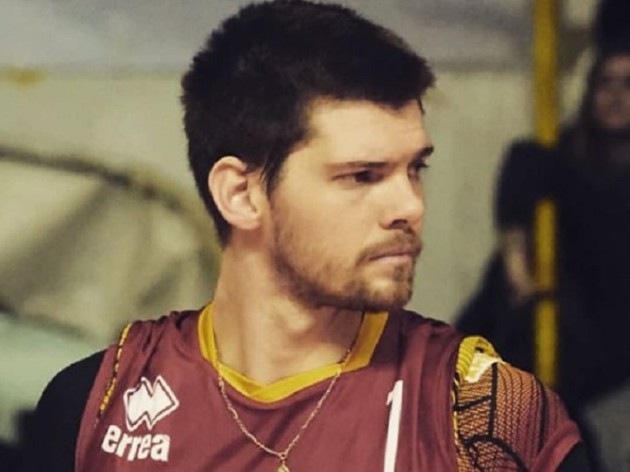 He will be playing in the Italian powerhouse Sir Safety Conad Perugia.

Perugia is your new destination and congratulations on signing with such a mighty team. Working with an expert like Vital Heynen will certainly be a challenge. Did you speak with him after signing with Perugia and what expectation he and the club have for the next season?

„First of all, thank you. Yes, I spoke with Vital in the preseason when he came here for a couple of days. I liked his way of thinking about volleyball and his ideas. I think his goal is to build a strong team of 12 players who will fight for every title this season. As for the club, the goal is the same, to win as many trophies as possible all while having a great atmosphere on the court.“

In only a two-year time, you managed to sign for the two teams that are considered to be the strongest in Italy and the world for some time – Lube in 2017 and Perugia now. Would you consider this fact as an undoubtful recognition of your quality?

„This will be my 7th season in the strongest league in the world. Of course, I won’t forget my 3 years in Germany, of which one was in Unterhaching and 2 were in Berlin, where we won a lot of titles and had really good results. As for the Lube and Perugia goes, of course, it’s an honor to be part of those 2 teams who are in the top world clubs. I’m always giving my maximum on the court, so I guess people recognized it and I’m happy about it.“

You have entered the stage of your career when you can be considered, not a veteran, but a highly experienced and proven player. Do you have difficulties accepting that you might be the backup option on the setter’s position at this point in your career? That is how it was in Lube and will probably be in Perugia…

„No, I don’t have a problem with that because I saw a vision that Perugia has for this season, to have 12 top players in the team who will all have the chance to play. Because in today’s volleyball it’s really difficult to win so many trophies and play always on your top-level if you don’t have all 12 players ready to play on the highest level. I think that’s exactly the idea of this season because Perugia will have to play so many matches which would be too exhausting for just 7 players.“

You have spent most of your career playing in Italy. Apart from the fact that it is one of the four of five strongest leagues in the world, what were other reasons that have drawn you to compete in the Italian Championship for so long?

„”Bella vita” – laughs Tsimafei and adds – The life in Italy is pretty similar to the Croatian way of living, the country is beautiful and the food is great.“

A year ago, in the Silver European League, you led Croatia National Team as a captain to the first-ever country’s senior gold medal. Unfortunately, Croatia failed to repeat such a success in the Golden European League this year. Still, how important winning the above-mentioned gold medal was to you personally and to volleyball in Croatia?

„It was great to win the 1st ever gold medal in Croatian men’s volleyball. I’m happy and proud of my teammates and the way we fought until the end. That medal was extremely important for Croatian volleyball, especially in the last 2 years when things finally started to change for the better.“

„Well, it’s a bit of a difficult subject for us. Of course, we are happy for our women’s team and their successes, but a lot of bad things happened in the Croatian men’s volleyball in the last 10 years and a great generation was ruined. Now it seems that things are going better, and we will try to make our comeback to the European top volleyball scene.“

A few months ago, Emanuele Zanini was appointed a head coach of Croatia Men. Did you collaborate with him earlier and what do you expect from him as a coach of the national team?

„I know Emanuele very well both as a coach and a person, we worked together my first 2 seasons in Italy. I respect him and his way of coaching, and I think that’s exactly what we need for our national team because we are a nation of hard workers, which is his coaching style and he appreciates that. We already saw a progression in this short time he was coaching us.“

You left your home country Belarus as a teenager, starting to build a career in Croatia, both on a club level and the national team later. But, still, have you ever wondered what would it be like to compete for the national team of a country of your origin? Were there any contacts ever from the Belarussian federation in all these years?

„Actually, we came to Croatia when I was just 6 and a half years old. I spent the majority of my life in Croatia so that’s where I feel at home. There were contacts from the Belarussian federation, yes, but it just stayed like that.“