INTERVIEW: Antoine Brizard for WoV – “The most important thing is that we reached the Olympics” 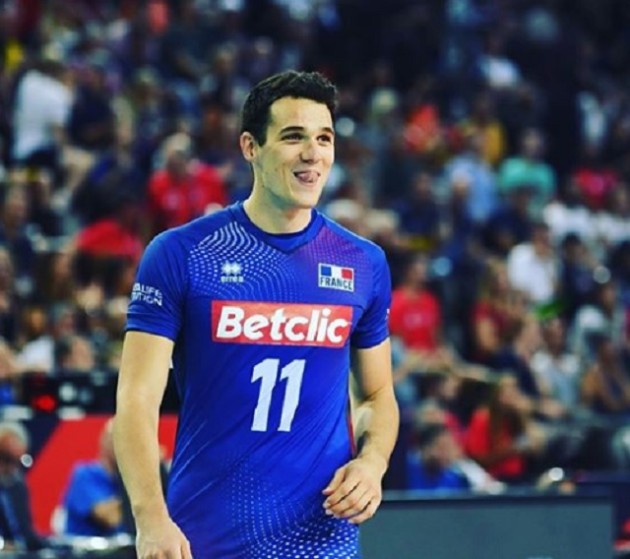 His performances in the semifinals and finals helped the French national team reach the Olympic Games 2020.

You’ve managed to take a ticket for the Olympic Games tournament. How would you rate the performance of France at this tournament?

“It was an amazing tournament for us since we reached the Olympic Games tournament. It was an unbelievable experience considering that we had many troubles before the start of the tournament. We believed and we made a great success winning this tournament/. That’s the most important thing,” says Brizard at the beginning of the interview.

In the semifinals, you had a very important role since your performance helped France to make a huge comeback and to win a game. How would you describe your moments in these last three sets?

“I entered the court in a difficult moment when we were struggling in a game against Slovenia. I gave my best to help the team and I am proud of that comeback and my team.”

In the final, the head coach Laurent Tillie has given you a chance to be in the starting line up and you made a great job. How did you see this final game against Germany?

“We prepared the game well and we still had that energy from the last three sets in the semifinal game. It was not easy for sure, but we managed to win it and to book that ticket for Tokyo 2020.”

Since you will now be playing at the Olympic Games, have you maybe talked about the goals there?

“Well, it’s too early to talk about it since this qualifying tournament ended several days ago. We have a good team and we will definitely try to win it.”

Is it difficult to play the qualifying tournament in the middle of the clubs’ season?

“That’s really difficult, we had a lot of injuries, some of us had a difficult half of the season in our clubs…You could see the Serbian team struggling in this tournament because of similar things. It’s not that easy but we have to play it.”

Now, it’s time for Plusliga. You are sharing first place with Zaksa. How far your team can go in this season?

“Our goal this season is to win something, the league and the cup. It’s going to be hard, there are a lot of good teams such as Zaksa, Jastrzebski, Belchatow… It’s a tough league, however, we have our goals and we are hoping we can reach them.”

This is your third season in Poland. How do you feel about this country?

“I am happy in Poland, it’s a nice place to live in. I have everything here, I am in the capital city and I am very satisfied.”

Is there something you miss from France?

“Yes, family, friends, food, wine… The weather as well, I am from the south side of the country and I miss the weather.”