INTERVIEW: Anastasi – “Reception is the key to volleyball! I’ll explain my idea in Kladno”

Andrea Anastasi belongs to the bests in the world! To describe his volleyball achievements, it would take up many rows of text. 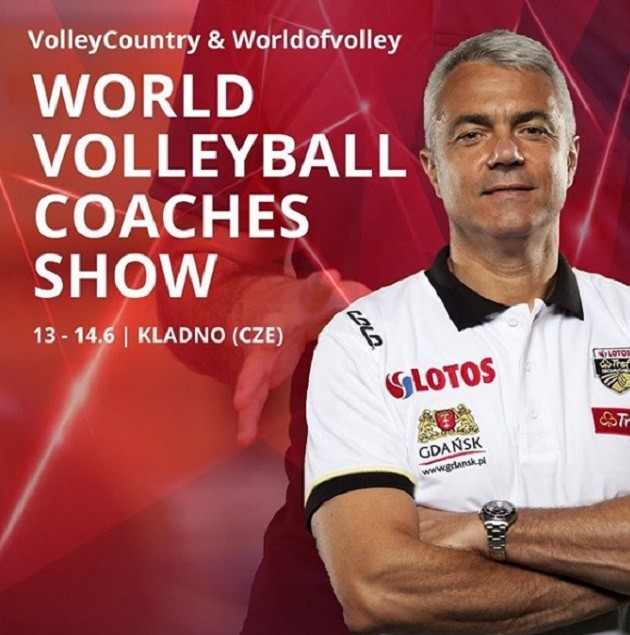 You will have a unique opportunity to see his coaching work in person. In the days of 13th and 14th June 2020, Anastasi will be lecturing at the World Volleyball Coaches Show in Kladno, in the hall of the extra league team Eagles Kladno, which is partnering the show.

Anastasi played 141 matches in the national team of Italy. With the Azzuri team, he won the 1990 World Championship, 1989 European Championship and the World League in the years 1990 and 1991. Anastasi started his coaching career in Brescia in 1994. In 1999, he became the coach of the Italian national team. In the following years, he achieved big triumphs with the national teams of Italy, Spain and Poland, when he led these countries to 13 medals in total. In 2014, Anastasi became the head coach of Lotos Trefl Gdansk and spent 5 successful years there, winning two Polish championships, two Polish cups and the Polish Supercup. Currently, he is working in Warsaw and coaching the team of the Polish capital.

Your team of Warsaw is leading Polish Plusliga. Are you aiming at winning the championship?

“Of course, we’re ready to fight for a medal until the very end. We know that it might be difficult because of our opponents, however, we’re conscious of our possibilities too.”

Poland has many talented players, they finished third in the 2019 Volleyball Nations League with their “B” team. Where do you see the beginning of Polish success?

“First, it comes from the great job that PlusLiga and the federation are doing. They really care about the youth project. They prepare players for the future in Spala. The second factor is that clubs aren’t afraid to put these young players on the court.”

You’ve been working in Poland for several years now. Do you think that other countries could learn from Polish volleyball?

“Absolutely. Polish players are amazingly skilled and have a higher motivation than others to get better and reach high levels of performance. The professionalism is at the top level in Poland and the young generation is willing to reach the top. I have huge respect for Poland.”

World Volleyball Coaches Show is about practical examples and you’ll be one of the lecturers. Have you ever done similar lectures?

“Yes. I present but, usually, I only do theoretical speeches. I believe that it’ll be much more interesting the way that it’s planned at the world show.”

What about volleyball conferences in Italy? I’ve heard that the federation organizes big events and the coaches gain points for attending these events. However, in case that coaches don’t receive “points” for their licenses, they don’t care about other conferences and self-development.

“Unfortunately, I’m afraid that it works this way. The coach must spend a lot of money to get the license. It’s a problem for sure. Only events organized by the federation are promoted, there aren’t famous coaches at other similar events.”

What is, according to you, the best way to develop and learn as a coach?

“I’ve got huge experience with national teams. In all countries, I organized meetings during training camps. I explain my ideas, I describe the training and every day, I had a discussion, both before and after training, with coaches who came. Watching a practice and talking about it is the best feedback a coach can have.”

Many players have troubles at reception. At the World Volleyball Show, your lecture will be on-topic: How to improve players’ abilities at the reception of the serve. Is the serve too difficult or is there a lack of technique?

“For sure the reception is a key point of volleyball at all levels. I’ll explain my idea and I hope that the coaches will find it helpful. I’m convinced that we must take a step forward in how we teach the technique.”

“I like playing as a team, together in a system and with smart ideas, when we know how to react to a difficult situation in all moments.”

FRA M: Ajaccio get help from French federation in initiative to postpone match vs. Modena