Hamamatsu, Japan, November 29, 2011 - Brazil came into Tuesday’s match against Serbia with a 5-2 record in 2011 FIVB Men's World Cup play, having been handed their second loss on Monday to a spirited Cuba team. 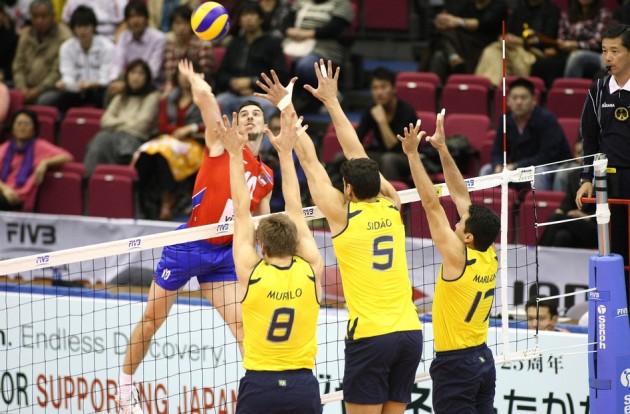 Milos scored 21 for Serbia in their win over Brazil

They were surprised with another defeat at the hands of a spirited Serbian squad, who beat them 3-1 (27-25, 20-25, 25-20, 25-21). Brazil’s road to London now gets much tougher, as third place in the tournament is just a little closer for Italy and Cuba who are tied for fourth.

Leading Serbia on the day was their captain Ivan Miljkovic with 22 points. Winning the most impressive player award was Milos Nikic, who had a stellar performance with 21 points.

Brazil were led by their captain Gilberto Godoy Filho (Giba) with 15 points.

This is one of the most popular...