Cameron will organise the Men’s African Olympic Qualification tournament from January 12 to 22 the CAVB announced on Saturday. 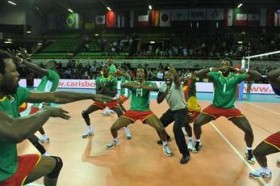 Hosts Cameron will be considered one of the favourites to clinch a berth to the London 2012 Olympic Games, fivb.org

The eventual champions of the tournament will qualify for the London 2012 Olympic Games.

Egypt represented the continent at the last Olympic Games in Beijing 2008 while Tunisia had the honour in Athens 2004.

The competition will be the first continental event to be held newly established hall in the capital Yaoundé.