As they will join for the second consecutive year Europe’s elite competition, the CEV Volleyball Champions League, Romania’s champions Tomis CONSTANTA started their preparations for the coming season on Monday, August 19. 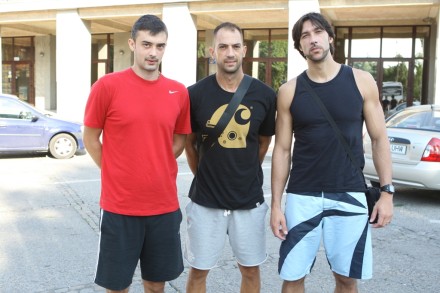 The group has undergone some major changes and will stay in Varna, Bulgaria, for a first training camp up to September 2. Tomis will be playing in the prelims of the 2014 CEV Volleyball Champions League Poland’s JASTRZEBSKI Wegiel, Turkey’s Halkbank ANKARA and Austria’s Hypo Tirol INNSBRUCK.

As they get ready for their debut, 14 players will be working in Varna under the guidance of their head coach Martin Stoev and his assistant Radu Began. Only four players have remained from last year’s roster that won the national championship as well as the national cup. These are middle-blockers Andrei Spinu and Sergiu Stancu, opposite Mihai Tarta and libero Razvan Tanasescu.

Tomis has finalized some transfers including Spanish wing-spiker Israel Rodriguez Calderon, a 2007 European champion, who last year played in France for CHAUMONT VB52. Bulgarian setter Andrey Zhekov has returned back to Constanta after one year together with his countryman and libero Vladislav Ivanov, who is back after nursing an injury. Tomis has also signed Brazilian middle-blocker Joao Carlos Massinatori Dias, who previously played in Romania for Remat ZALAU and spent the past season in Argentina, as well as Romanian setter Andrei Stoian – last year in Zalau – and opposite Dragos Pavel who spent the 2012/2013 season in France’s second division playing for the likes of SAINT–BRIEUC Côtes d’Armor Volley–Ball

After completing their training camp in Varna, the players of Tomis will participate in an international tournament taking place in Gabrovo, Bulgaria, starring the hosts of CVC GABROVO alongside Greece’s Olympiacos PIRAEUS and Galatasaray ISTANBUL of Turkey