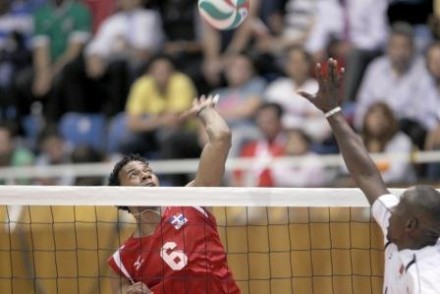 “Congratulations to Dominican republic for this victory, they played very well and put some early pressure. They also showed good depth resting their captain and best player (Elvis Contreras and Jose Caceres), we played a little better and are focused in our zone classification tournament,” said Tash.

“Congratulations to Dominican Republic, we battled on defense, improved a bit, but like my captain said, we must continue for the Caribbean tournament,” said Trinidadian coach Gideon Dickson.

“Trinidad and Tobago has improved. We struggled against one of their middle blockers that was taking too much balls but worked well on reception”, said German Recio, who acted as captain after coach Osiel Vazquez decided to rest Jose Caceres.

“We faced a very combative team that has played against more difficult, experienced and taller rivals. We are happy for the result, but must concentrate in improving our service, without failing many attempts per match,” coach Vazquez remarked.