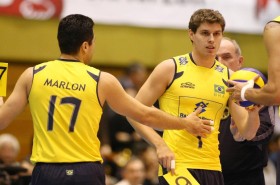 His father’s accomplishments may be a tough act to follow but Bruno earned every right to be part of the team and deserved his own little victories on the court.

At the final stretch of the FIVB Volleyball Men’s World Cup, Brazil needed a victory against

Bruno believed that team effort, determination and confidence in each other made the big difference in their game.

Bruno commended the entire Brazilian unit in contributing to each of their victories. And like his father, Bruno showed a lot of heart by never giving up on difficult situations in the match. As he played a good game, he humbly credited the entire team’s confidence in him and saw this as an important aspect of their game.

The Most Popular Volleyball Tournaments