Tokyo, Japan, December 3, 2011 - Cuba took their 6-3 record in the 2011 FIVB Men’s World Cup up against a tough USA squad at Tokyo Metropolitan Gymnasium on Saturday. 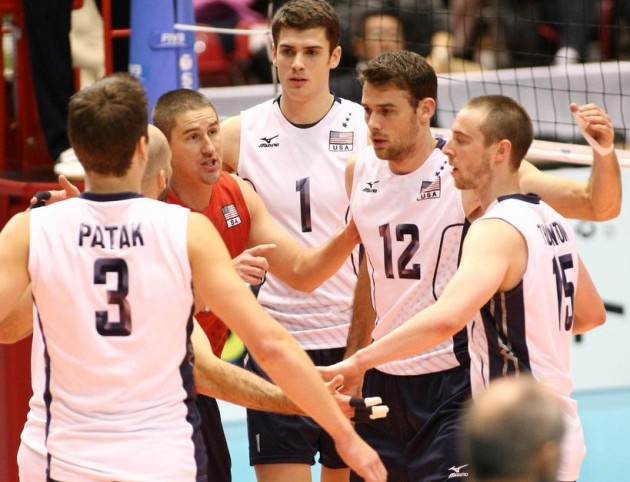 The USA can celebrate after a tough win over Cuba

Leading the USA in scoring was Matthew Anderson with 25 points, three for aces. Acting captain Reid Priddy was the most impressive player scoring 18 points, including six key blocks, nearly all on Cuba’s key weapon Fernando Hernandez Ramos on plays which swung many points to the USA that made the difference in the match.

Cuba was led by their young guns Wilfredo Leon Venero and the aforementioned Hernandez, who both scored 21 points. Isbel Mesa Sandobal had five blocks for the Cubans in a solid defensive effort.